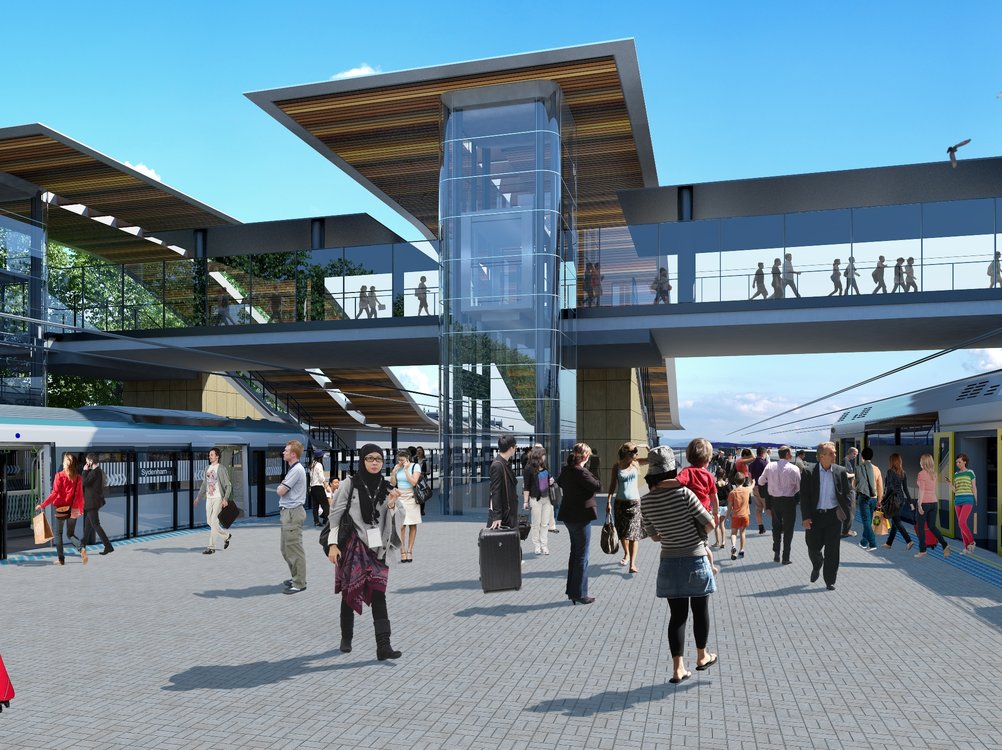 The station will be fully upgraded with lifts and level access between the platforms and trains Sydenham Station platforms 1 and 2 will be upgraded to Sydney Metro standards, including the installation of platform screen doors.

Existing platforms 3, 4, 5 and 6 will continue to be used by trains operating on the Sydney Trains network.

The station is bounded by Gleeson Avenue, Burrows Road and Railway Parade, Sydenham.

This will be via:

* Includes time to interchange and/or walk