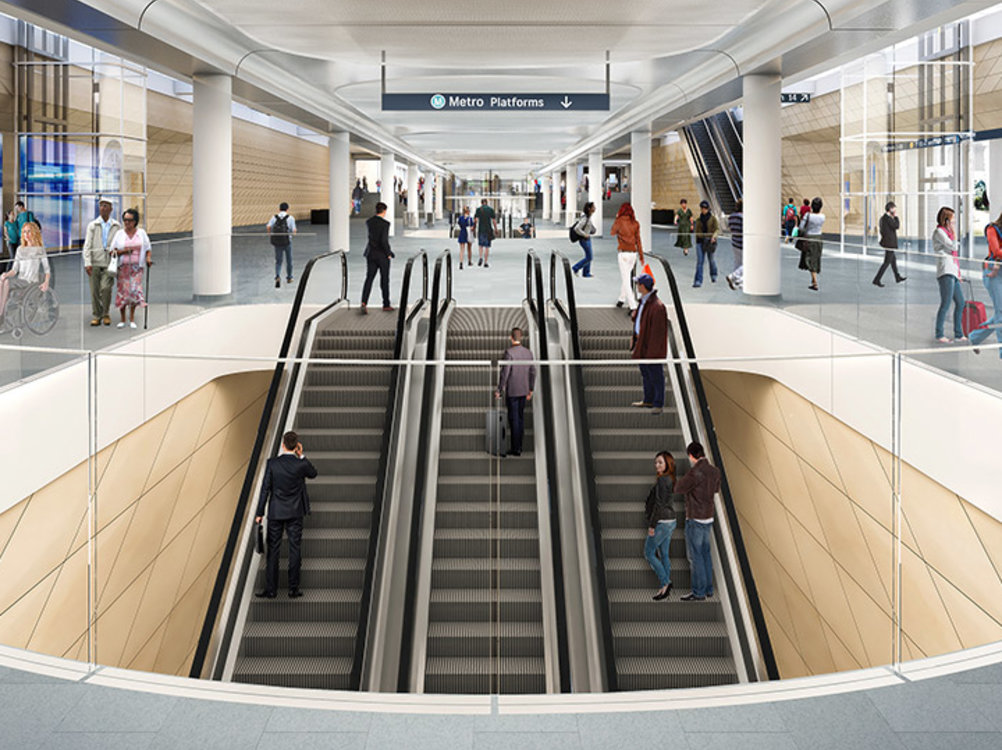 The location of the metro platforms at Central will facilitate a critical interchange, fully connecting the station with suburban, intercity and regional rail services, buses, coaches and light rail.

The entry at 20-28 Chalmers Street will provide direct access to Central Station for customers from the Surry Hills catchment area and a direct interchange for passengers from the CBD and South East Light Rail.

The new station will be located within the existing Central Station precinct below intercity rail service platforms 13 and 14. The former platform 15, which was used as a maintenance platform, will not be reinstated.

Construction of the new metro platforms at Central Station is taking place in the area around and under the former platforms 13, 14 and 15 and between the suburban and country lines to the south. This site incorporates the footprint of the future underground metro platforms.