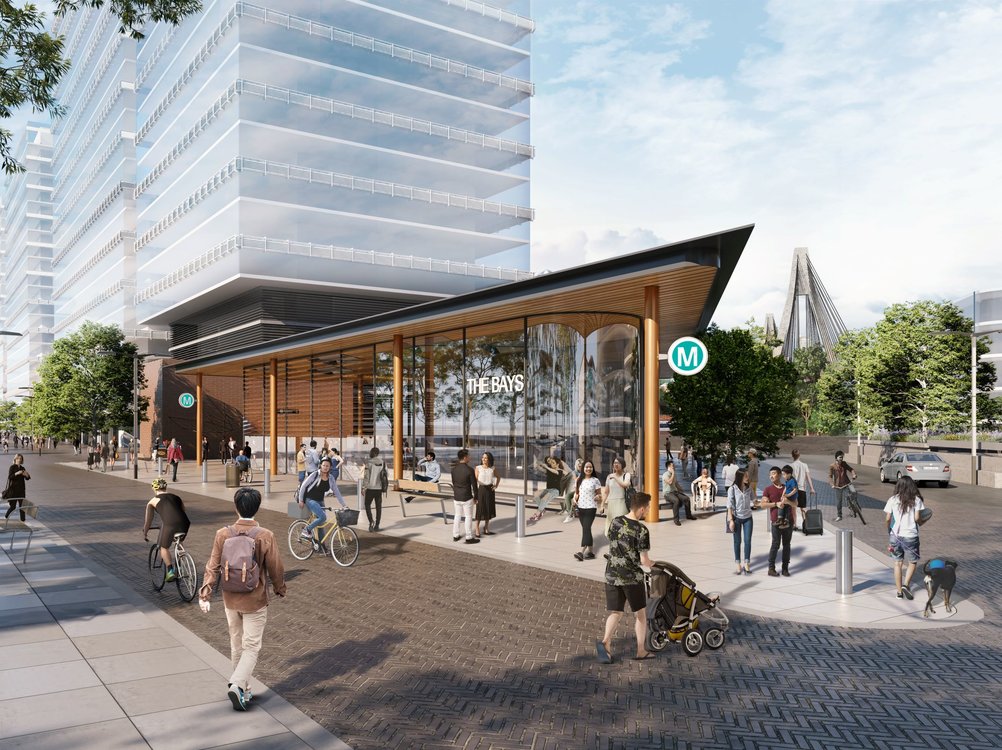 Artist's impression of The Bays Station

The Bays Station will be located between Glebe Island and White Bay Power Station. It will provide direct access to the future Bays Waterfront Promenade, which would run north to south along White Bay.

There will be one new station entrance to the south of White Bay, near the proposed future Bays Waterfront Promenade.

Sydney Metro completed road relocation works at The Bays, ensuring reliability of the road network ahead of future work to transform The Bays.

New underground cables from Rozelle substation to the future metro station at The Bays will provide a dedicated power supply to the Tunnel Boring Machines (TBMs) for Sydney Metro West. Underground cable installation work on the Iron Cove/Rozelle power supply was completed in August 2022 and once tunnelling is complete, the electricity will power part of Sydney Metro’s West Operations.

At The Bays these works include:

Sydney Metro is seeking approval for further major civil construction work, including station excavation and tunnelling, between The Bays and Sydney CBD.

The Environmental Impact Statement for major civil construction between The Bays and Sydney CBD was on public exhibition from 3 November 2021 until 15 December 2021 and is currently with the Department of Planning, Industry and Environment for assessment.