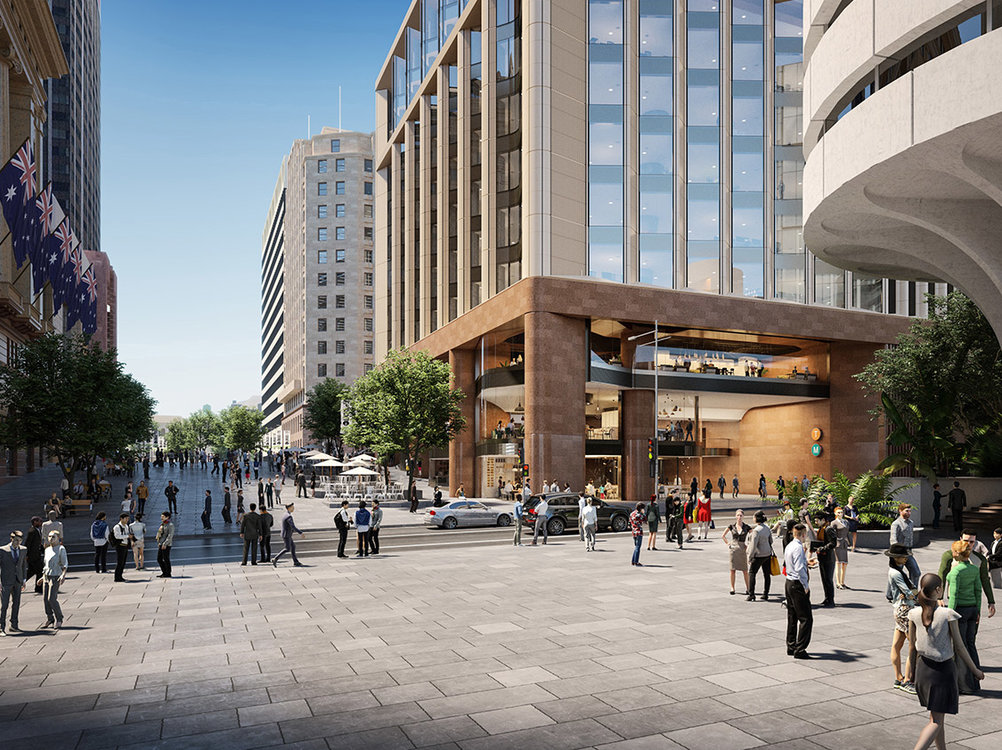 Martin Place Station is an underground station, about 25 metres below ground level (north end) and 27 metres (south end), located in the heart of Sydney's CBD.

The station is integrated with the existing Martin Place Station and serves Sydney’s high-end commercial and financial district, the Macquarie Street precinct and the Pitt Street retail zone.

Public domain improvements, new shops, services, retail and dining will transform the station into a destination for Sydney siders and visitors.

The station is located to the south of Hunter Street between Castlereagh Street and Elizabeth streets in Sydney’s CBD.

Underground pedestrian connections to the MLC Centre are being investigated in consultation with City of Sydney and local businesses.