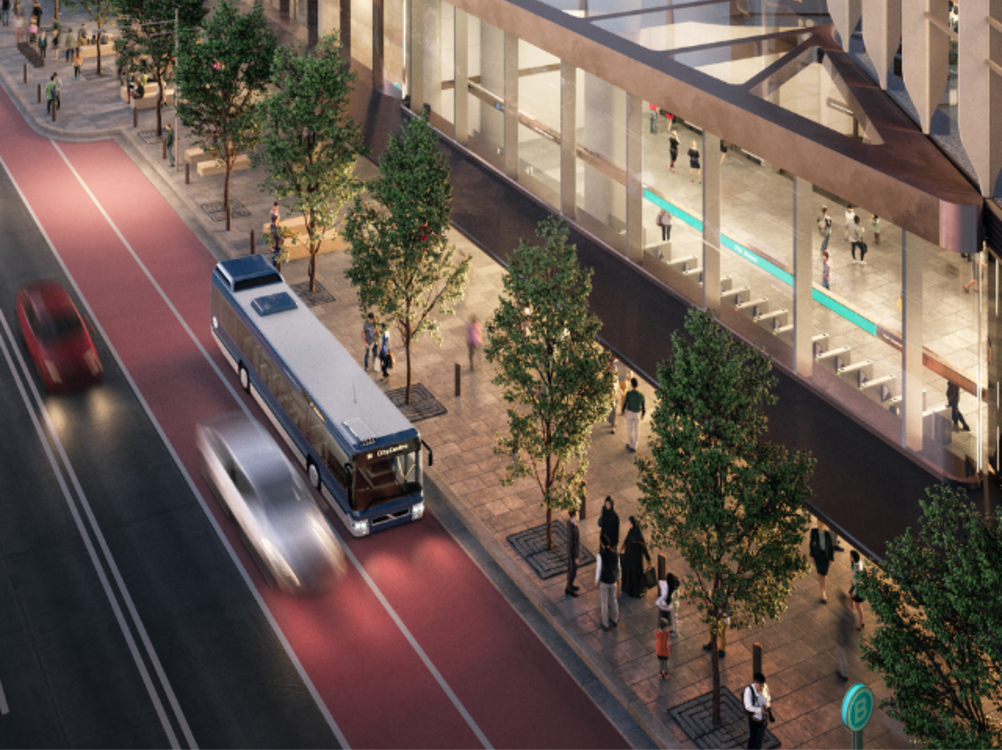 Pitt Street Station is an underground station, about 17 metres below ground level (north end) to 20 metres (south end), located in the Sydney CBD.

Pitt Street Station is strategically located at the junction of Sydney’s southern CBD and the Midtown retail precinct, close to mixed employment, residential, entertainment, cultural and events-based activities within the southern Sydney CBD and Chinatown.

The metro station at Pitt Street serves the retail areas on George and Pitt streets, the civic and entertainment uses on George Street and the emerging southern Sydney CBD residential developments between Park Street and Belmore Park. The station also provides relief to Town Hall Station, and allows interchange onto other modes of public transport including light rail and buses.

A draft Station Design and Precinct Plan (SDPP) has been prepared for Pitt Street Station which shows how the new station design has developed and how it will integrate with the surrounding precinct.

Community consultation was carried out in October 2020 and feedback received helped inform the final SDPP that was submitted to the Department of Planning, Industry and Environment and approved in October 2021.

The Tunnel and Station Excavation contractor completed tunnelling and excavation work at Pitt Street Station in late 2020. Construction is now underway to build the station and the over station developments.

Work at the station includes: