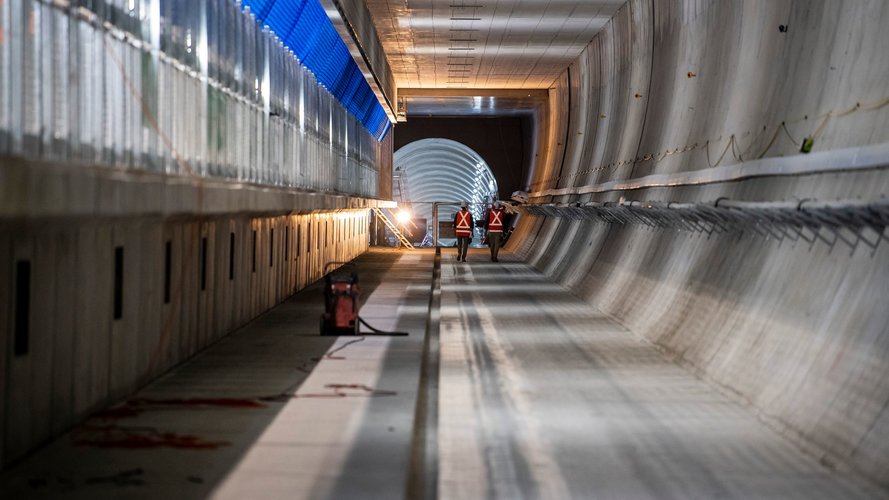 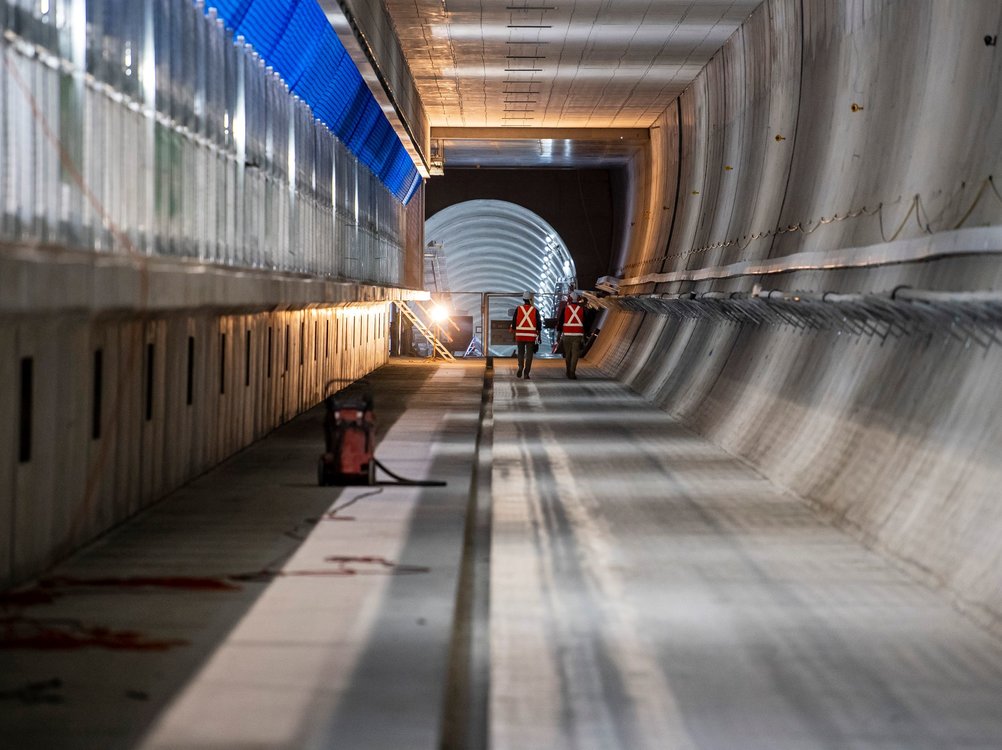 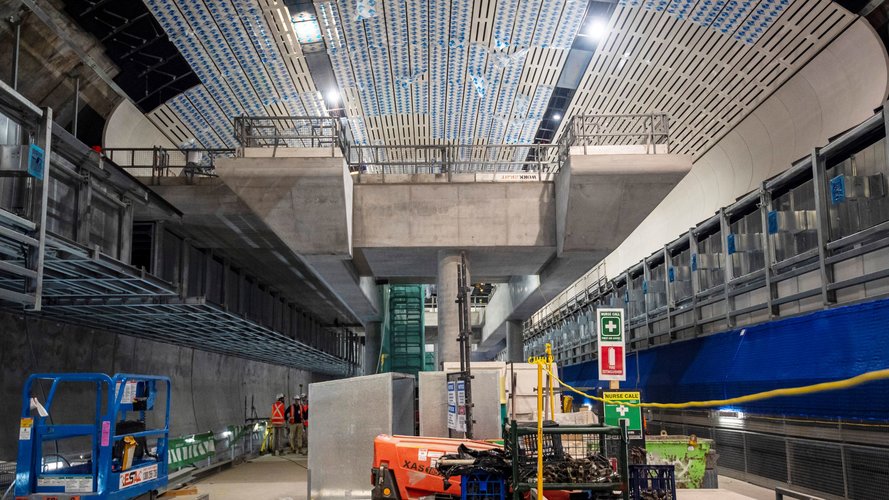 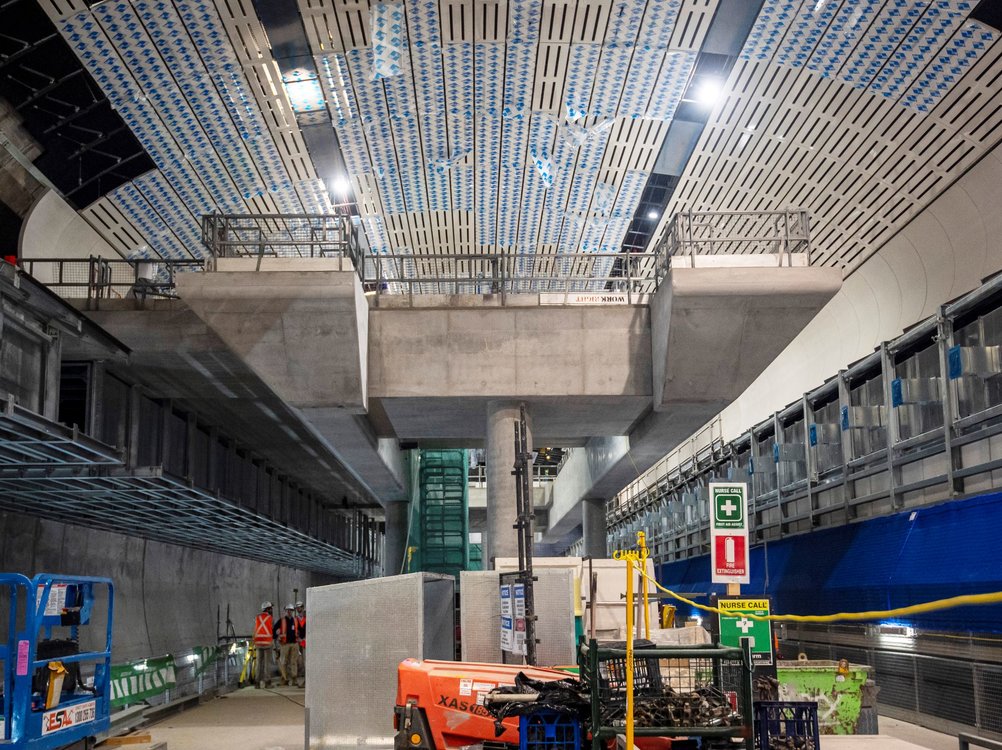 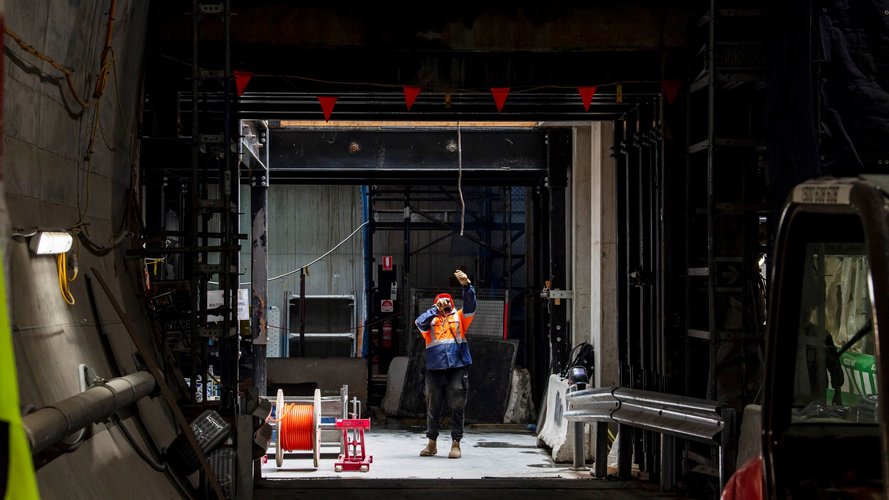 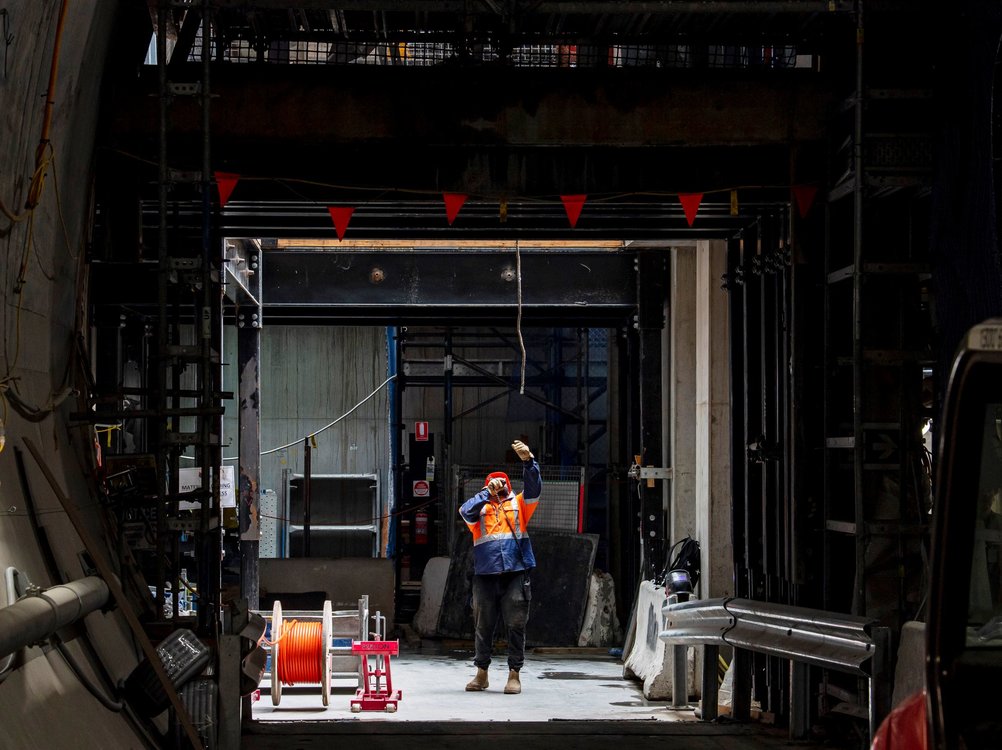 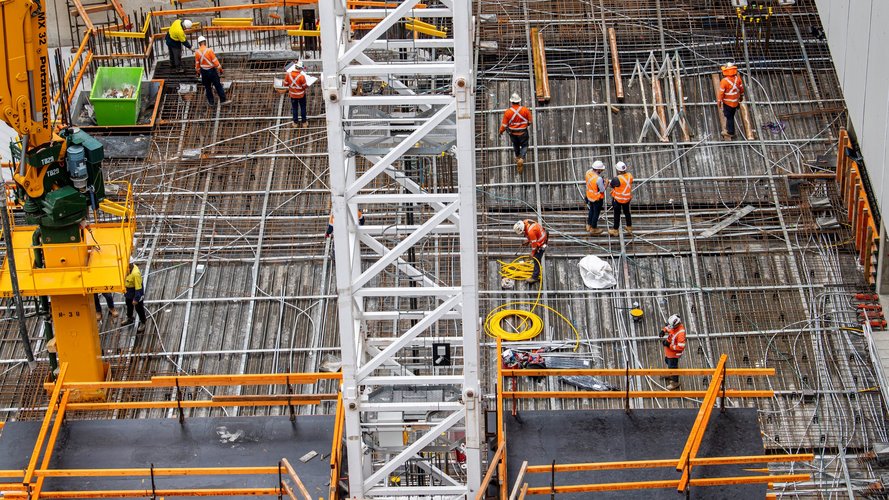 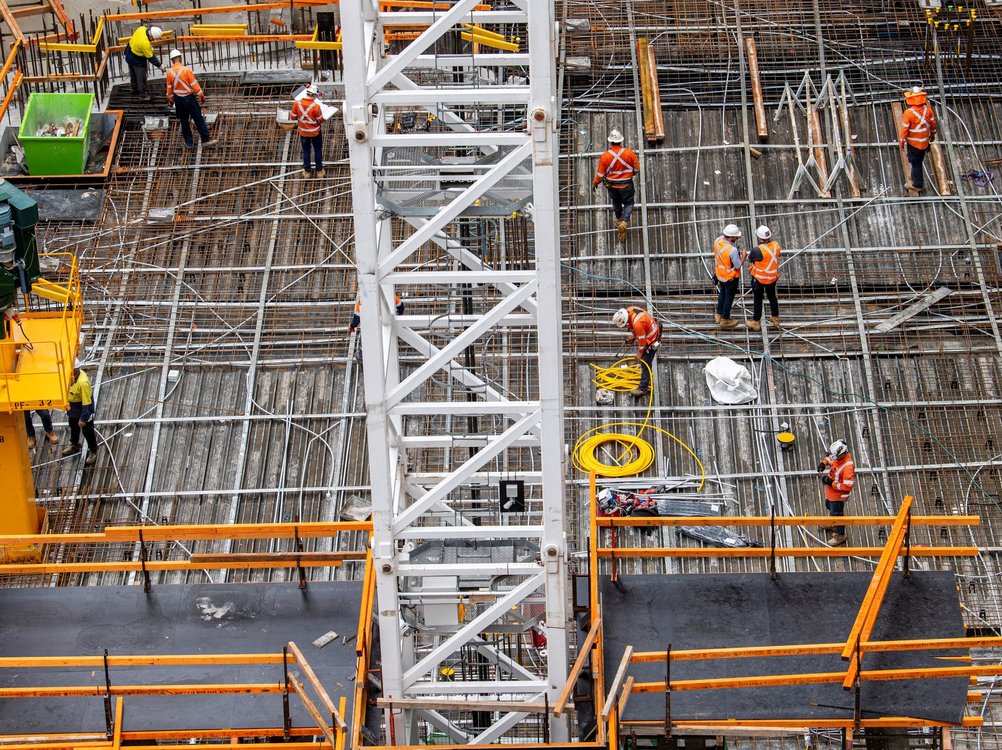 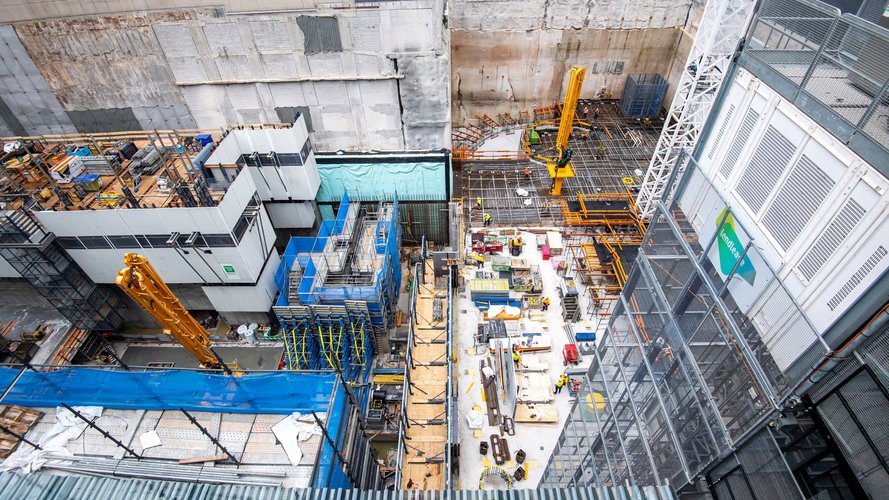 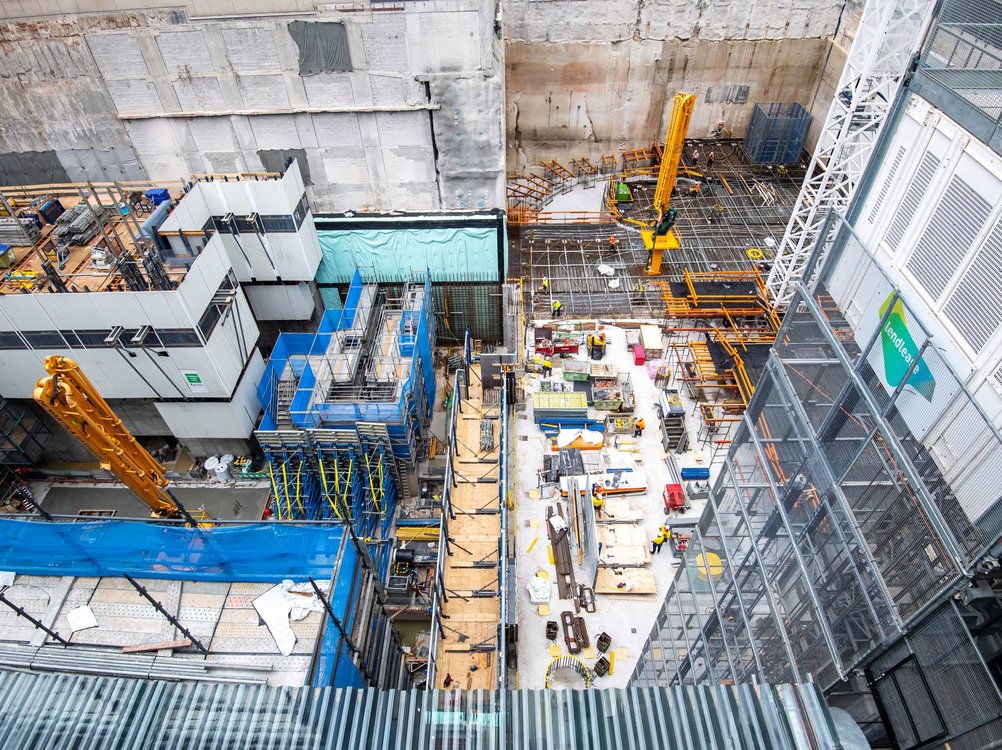 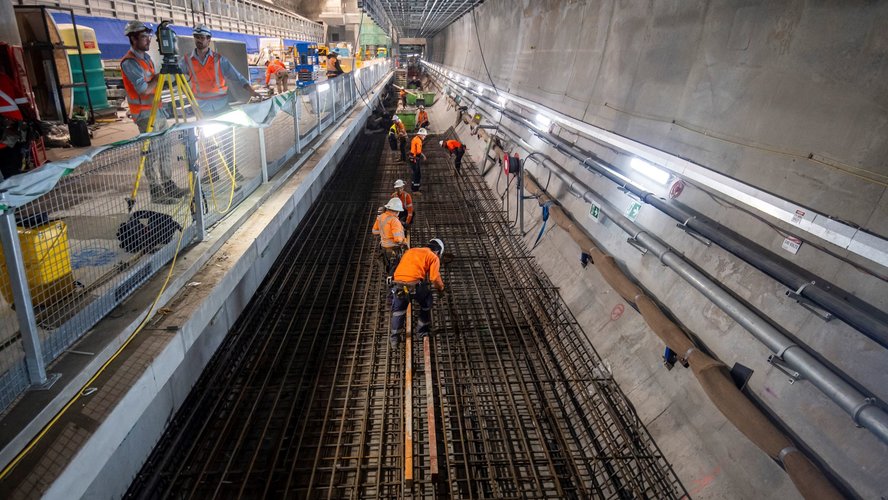 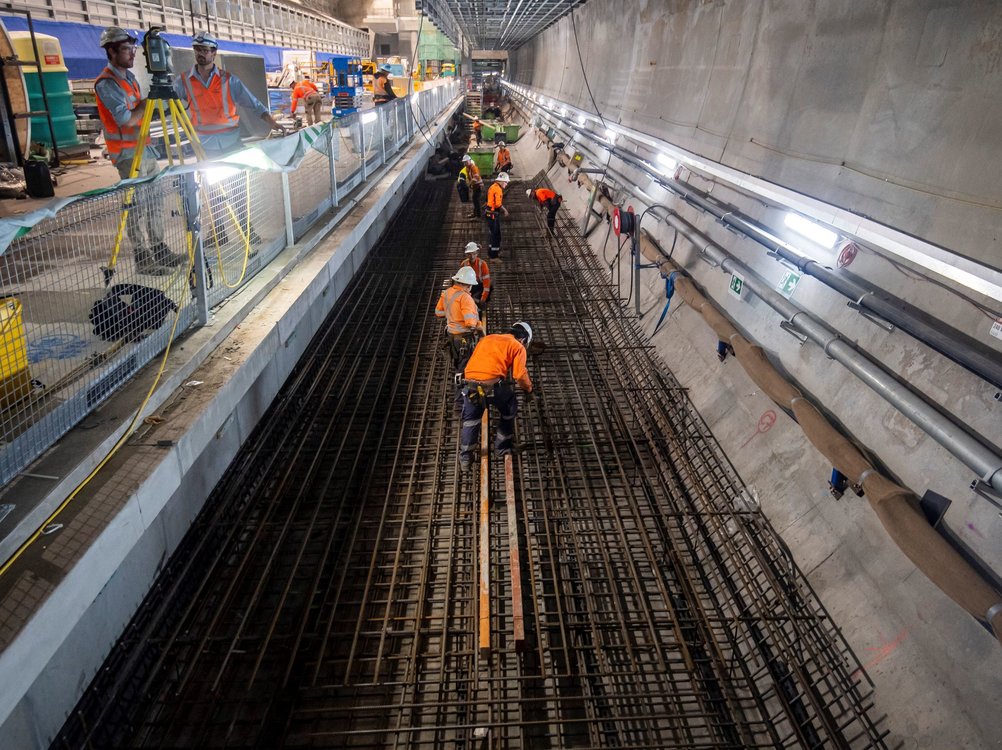 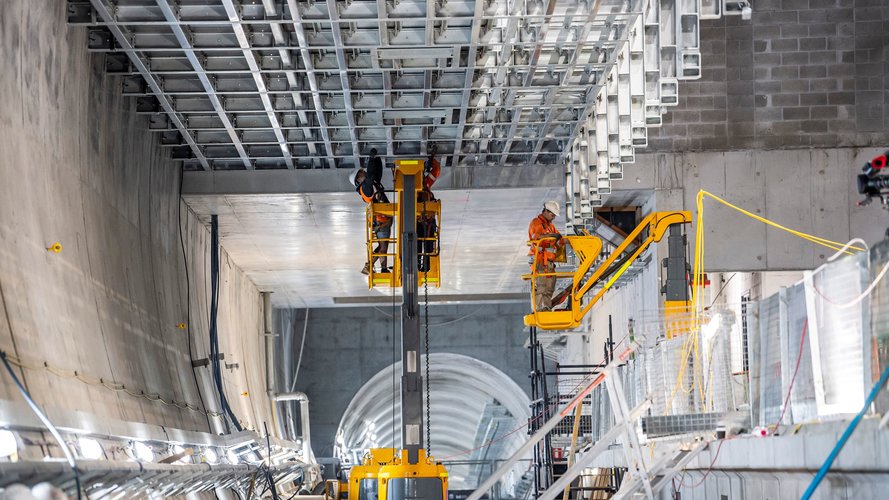 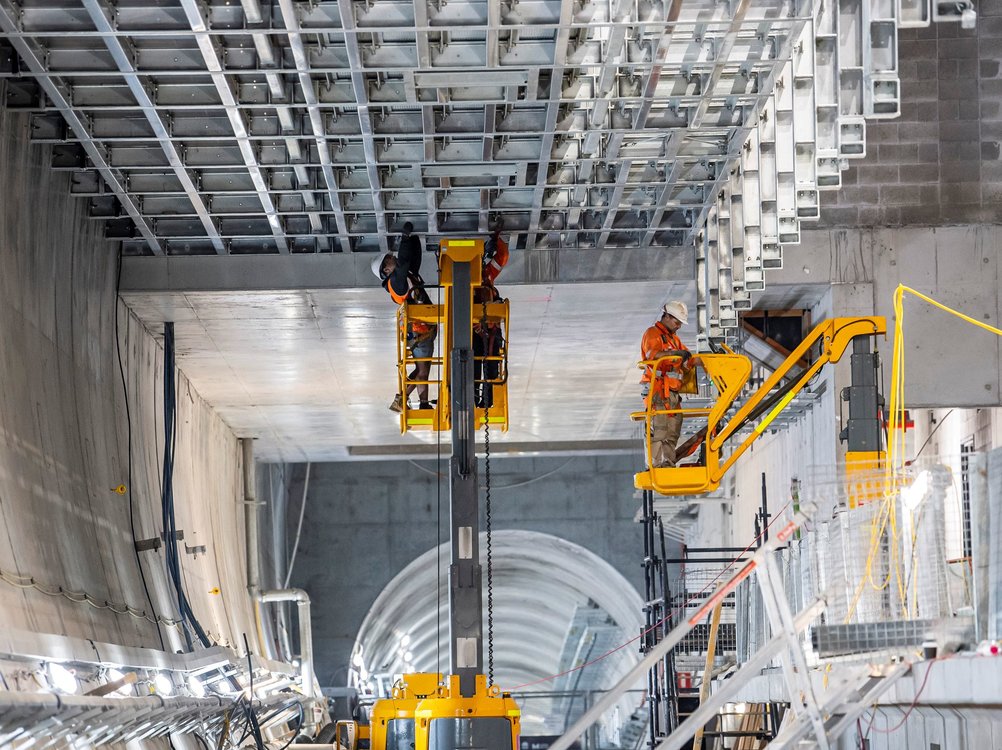 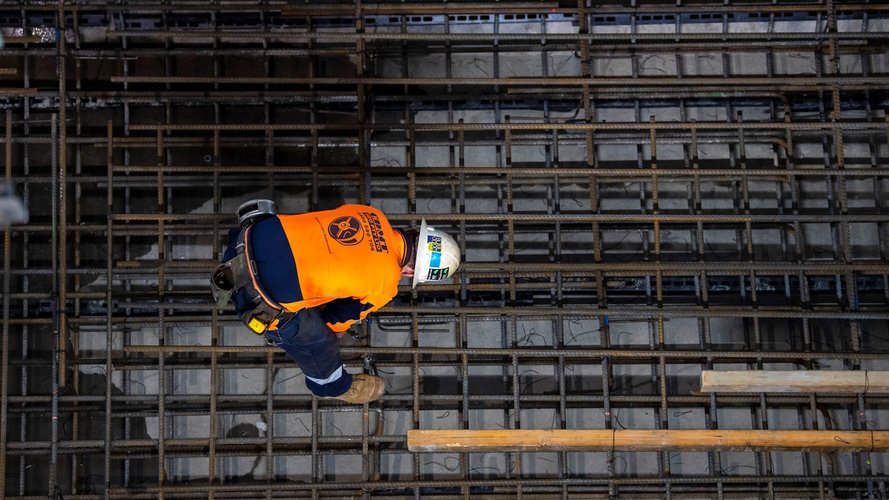 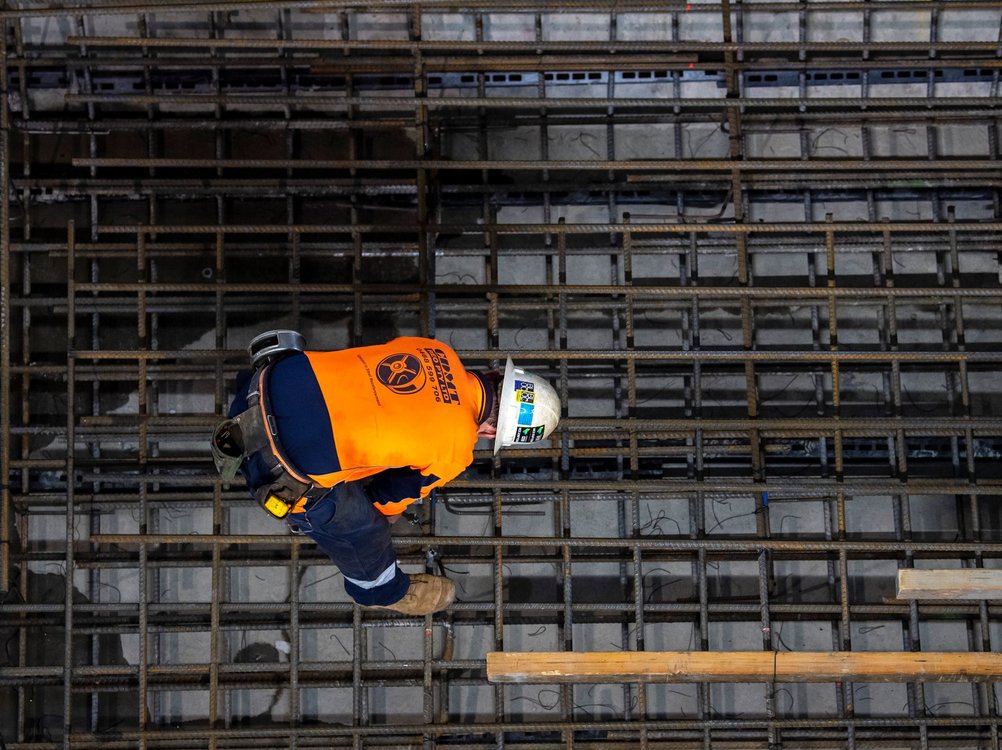 Sydney Metro’s Victoria Cross Station is starting to take shape 30 metres under North Sydney, with the platforms now in place.

Constructing the Victoria Cross Station platform has been like building a ship in a bottle, as the entrance to the construction site is as big as an ordinary garage door.

All components for the station need to arrive in parts, transported into place and constructed in the 300 metre long, 25 metre wide and 16 metre high cavern, which is the largest rail cavern in Australia.

To build the 170 metre long platforms, 405 precast concrete panels were lowered 50 metres down into the station cavern by a tower crane.

Once lowered into the station, they were pulled 50 metres by a tough tug machine, before being lowered 10 metres down onto the station floor by another crane within the cavern.

The largest of these precast platform segments weighed 7.2 tonnes and the entire process took about five months to complete.

Next up, the Sydney Metro Linewide contractor, Systems Connect, will start to lay the tracks and electrical ready for services to start in 2024. The Victoria Cross contractor, Lendlease, completed the track slabs in early 2022, ready for tracks to be installed.

Works that has been completed so far includes: