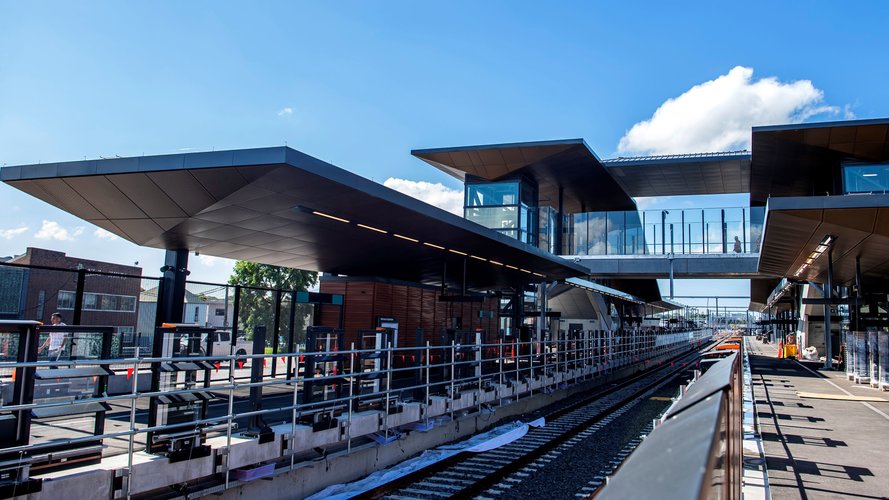 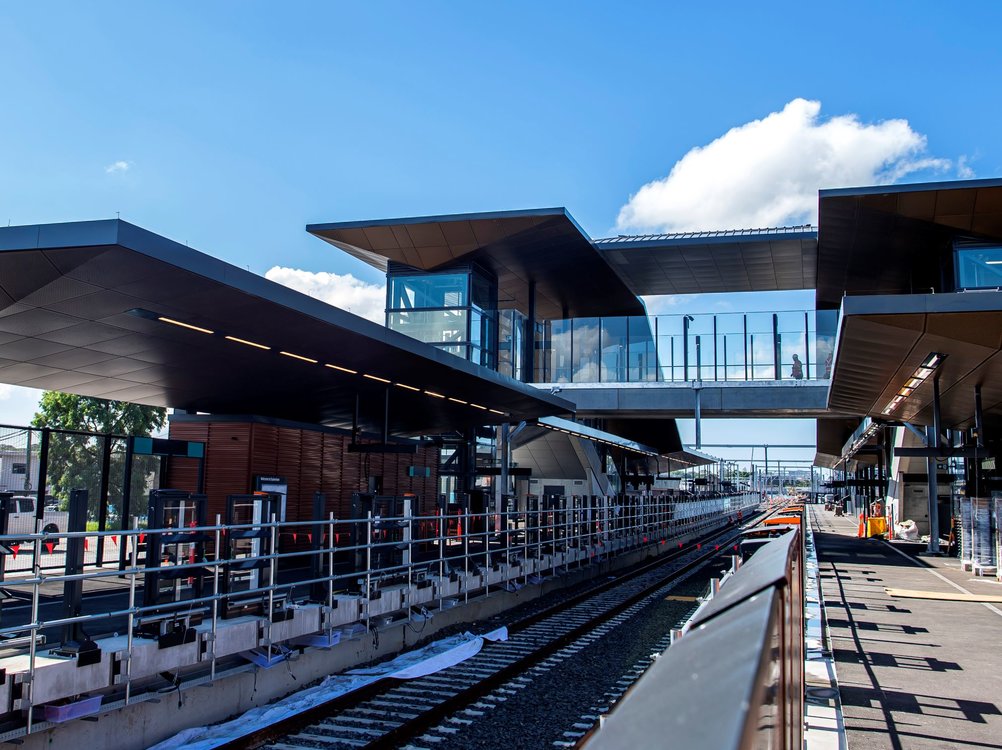 Sydenham Station is one step closer to being ready for Sydney Metro services, with a new station entrance and a new pedestrian concourse opening to the public in the coming weeks as part of the Sydney Metro City & Southwest project.

This massive milestone will be a boost for the local area, providing improved platform access for customers with a new entrance at Burrows Avenue.

Huge progress has also been made on the installation of the new platform screen doors at the station, ready for metro services. The new screen doors will make platforms safer for customers and improve travel efficiency by allowing trains to get in and out of the station much faster. These are due to be completed next month.

More than 6,500 workers have been inducted onto site with more than 2.5 million total hours worked at Sydenham since the project started.

Lifts have been installed at the station as part of the metro project, and work is underway on electricity upgrades to power them.

A 500-tonne crane was used to install the five massive roof canopies for the concourse, which were built during a road closure on Burrows Avenue in 2020 as they were too large to be transported by truck.