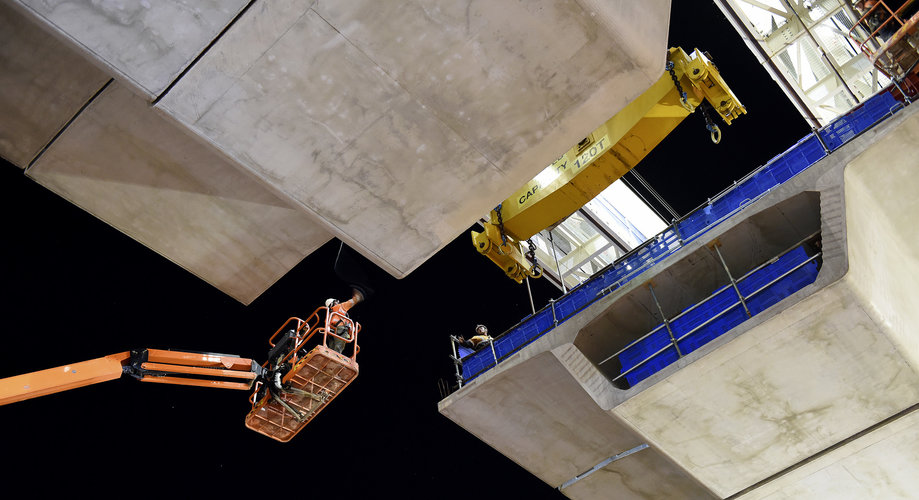 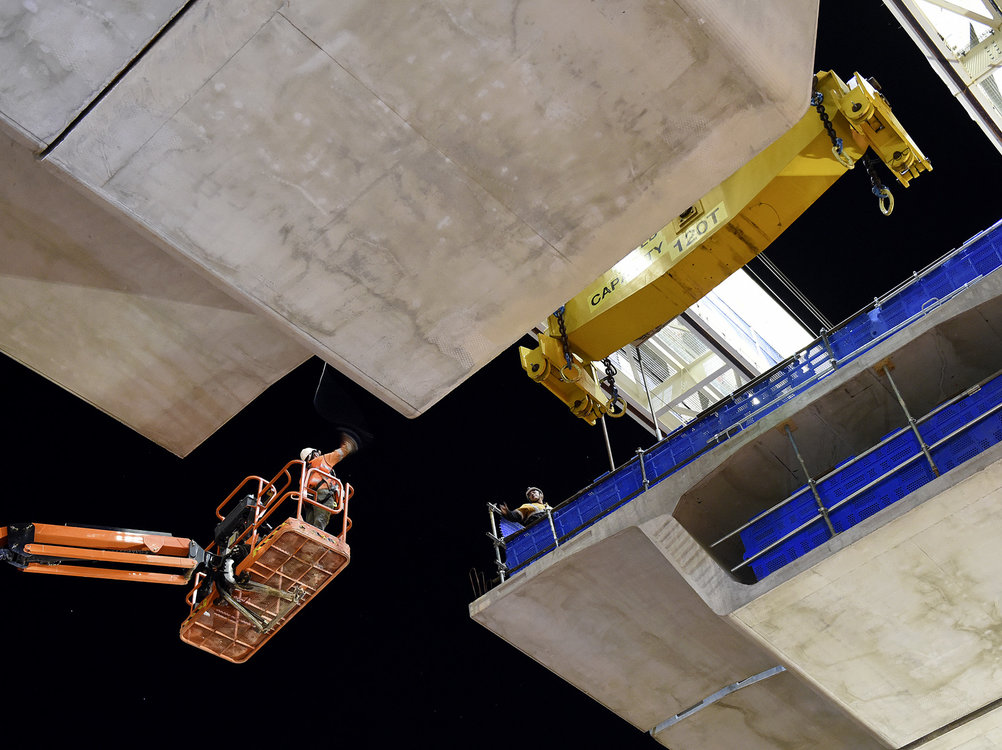 The skytrain span over Samantha Riley Drive at Kellyville has been completed with minimal disruption to the road network in another important milestone for the $8.3 billion infrastructure project. In a precision operation carried out over three nights, 10 massive concrete segments of the skytrain were lifted over Samantha Riley Drive at Kellyville.

The segments weighed between 70 and 90 tonnes and were lifted 11.5 metres into the air by the massive horizontal crane sitting above Samantha Riley Drive.

The segments were then attached and tensioned to form the deck of the skytrain, the elevated section of the new Sydney Metro Northwest which will run 4 kilometres from Bella Vista to Rouse Hill. This construction method keeps traffic moving beneath the seven major roads and the T-way which the skytrain crosses, minimising impacts on motorists.

When completed, the community and vehicles will be able to freely move around underneath the skytrain, keeping the region united. Once the skytrain is built, work will start on the elevated railway stations at Kellyville and Rouse Hill – two of the eight new metro stations.

Specially-designed deck segments are already in place at Kellyville for the station construction.

What's in the Environmental Impact Statement