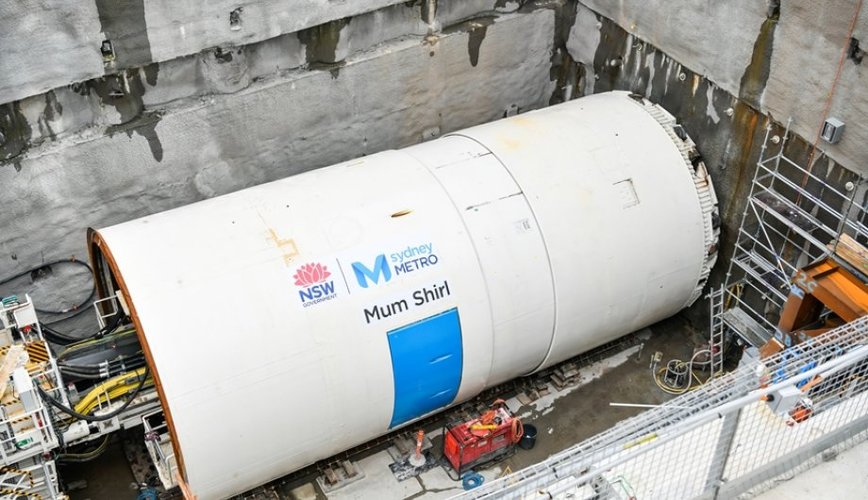 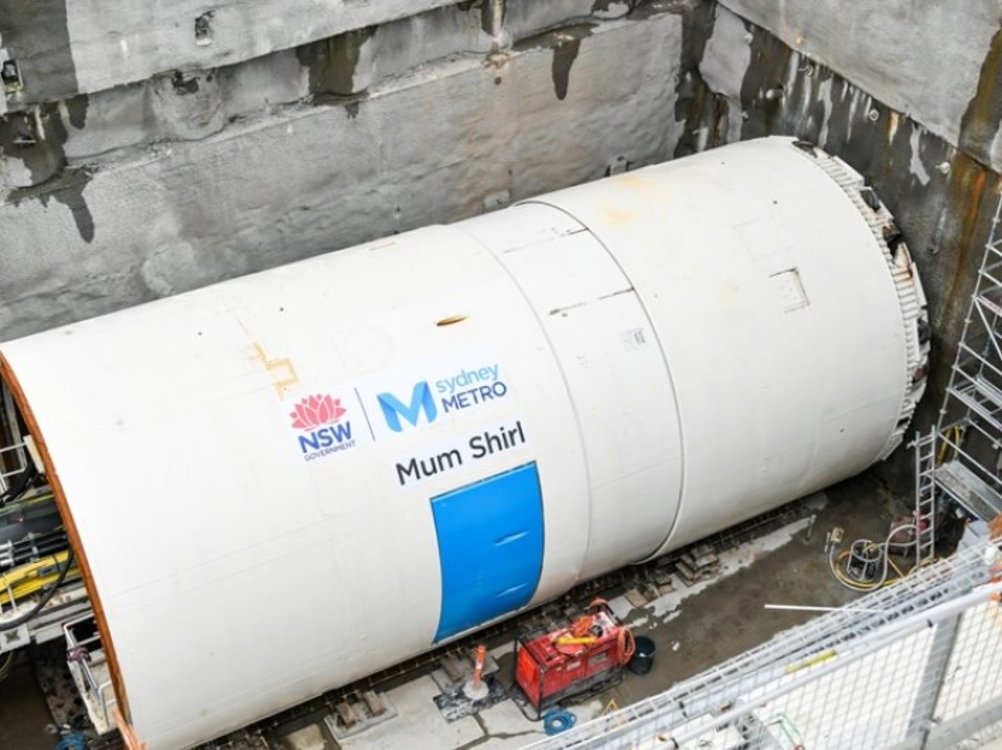 TBM Mum Shirl has been launched at Marrickville to help deliver 31km of tunnels between Marrickville and Chatswood on Sydney Metro, extending Australia's biggest public transport project into the Sydney CBD.

The TBM is now working alongside TBM Nancy, which launched three weeks ago.

The two TBMs are building 8.1 kilometres of twin metro tunnels from Marrickville to the new Sydney Metro station sites at Waterloo, Central, Pitt Street, Martin Place and on to Barangaroo, where they will be removed from deep underground.

The TBMs are about 150 metres long – or longer than two Airbus A380s – and specially designed for Sydney’s geology to cut through our hard sandstone.

This is the first time in Australian history that five TBMs have worked on a transport infrastructure project.

TBM Mum Shirl is specially designed to cut through sandstone and shale and will tunnel an average of 120 metres a week.

Two more TBMs will dig 6.2 kilometres from Chatswood to the edge of Sydney Harbour. A fifth machine has been specially designed to deliver the twin tunnels under Sydney Harbour.

On major tunnelling projects around the world machines that work underground are traditionally given female names.

Mum Shirl was an Aboriginal woman who dedicated her life to her community, raising 60 foster children.

A Wiradjuri woman, Mum Shirl was born Colleen Shirley Perry around 1924. She died in 1998.