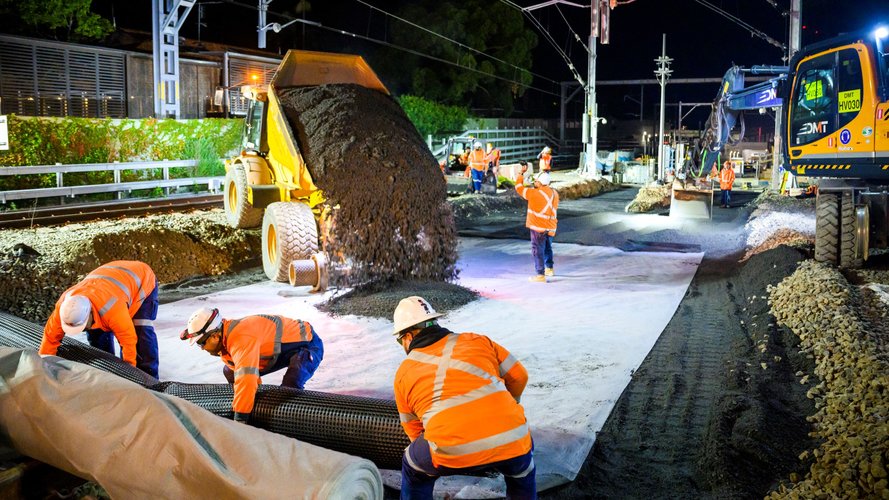 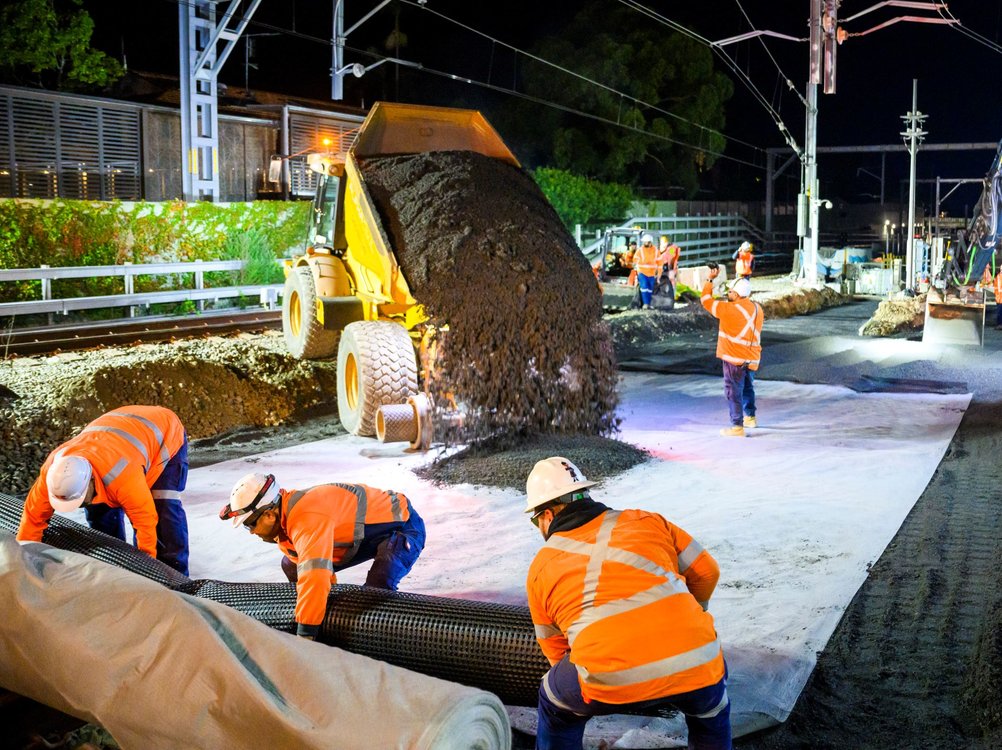 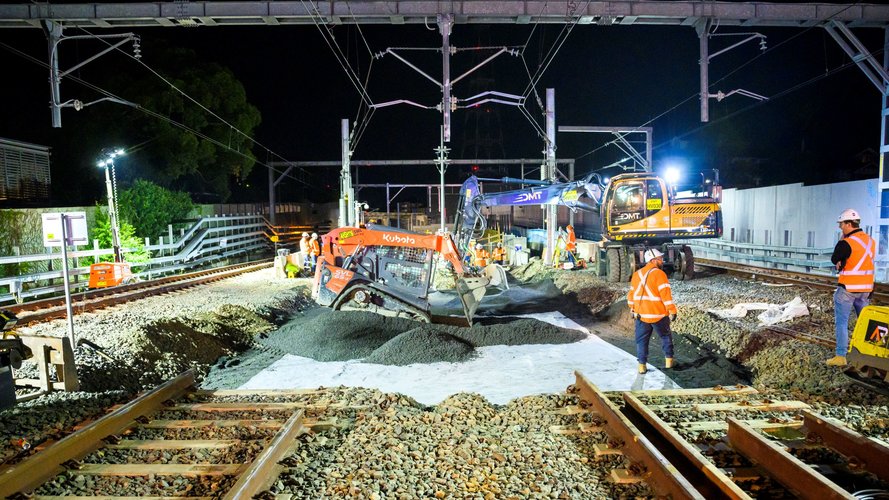 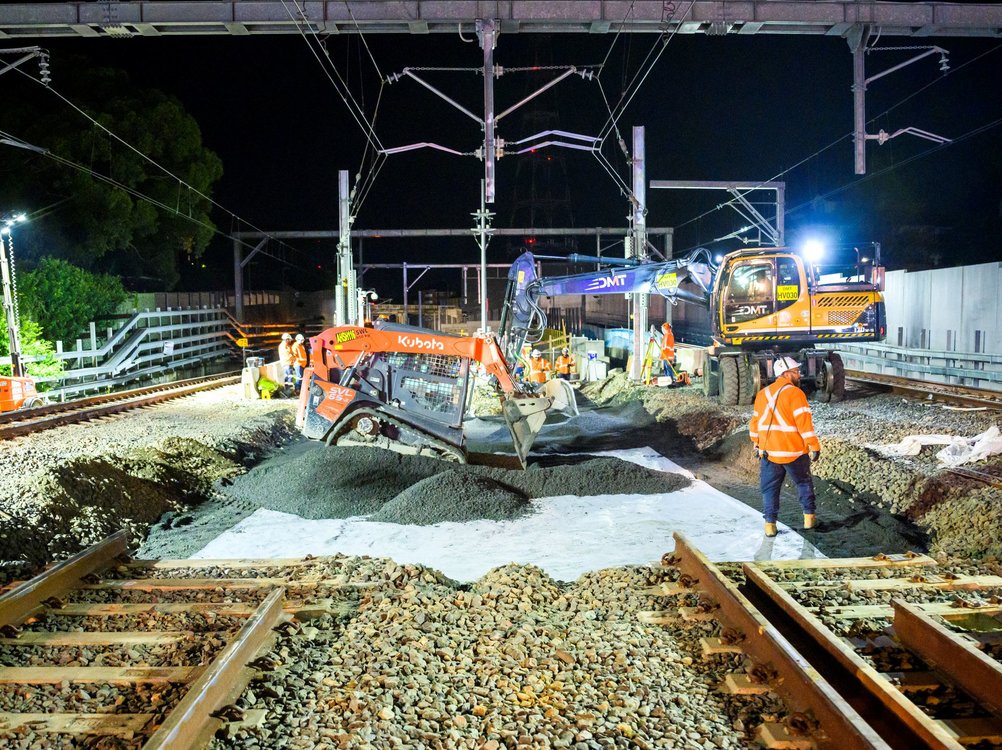 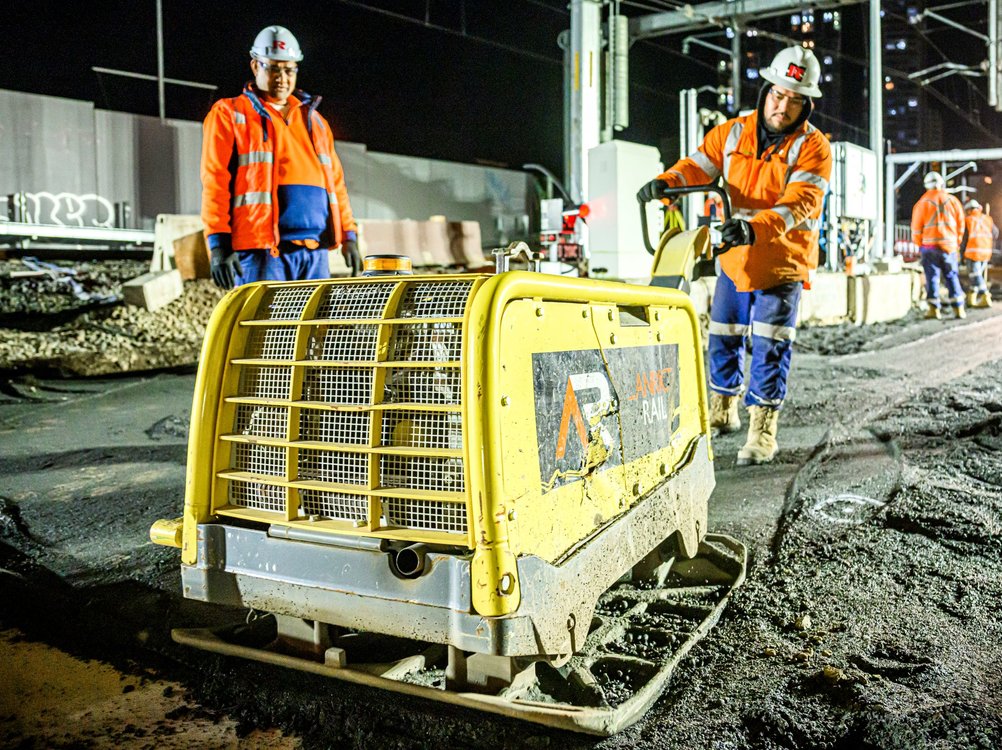 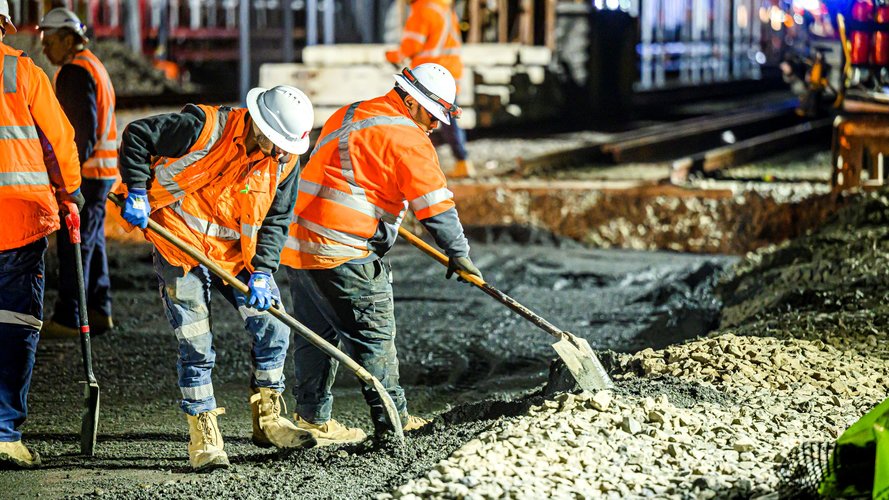 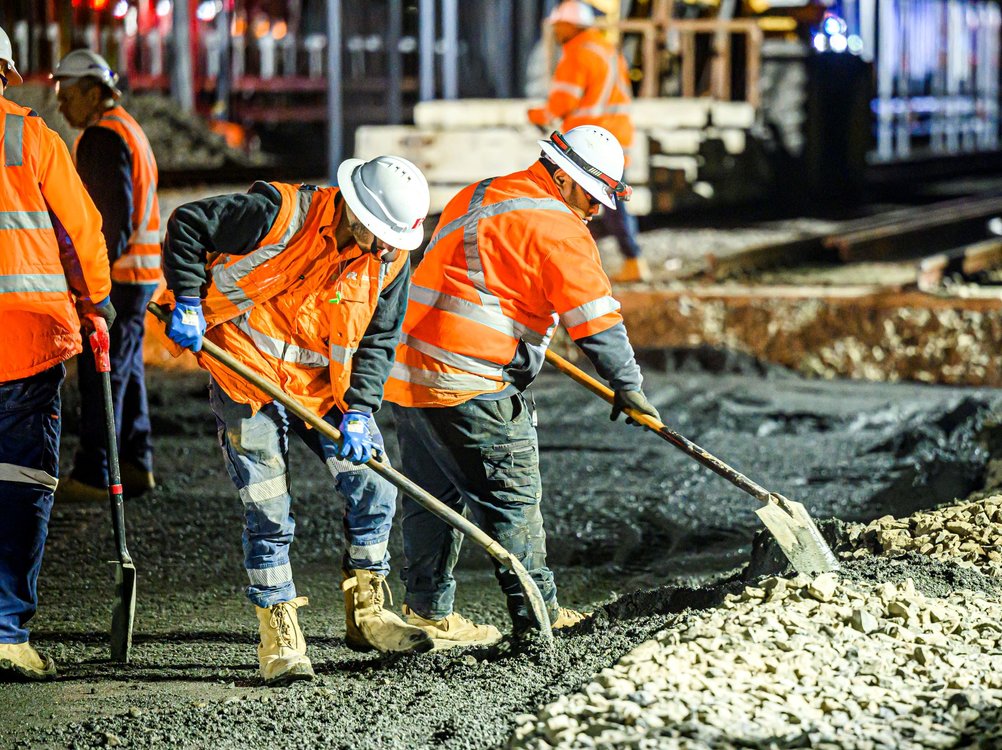 Work to connect Sydney’s newest metro line with the existing Metro North West Line at Chatswood is almost complete, marking a big step forward in bringing the project to life.

In a single weekend, a team of over 100 workers removed, realigned, and rebuilt two 50 metre lengths of track that will soon join the twin 15.5 kilometre tunnels of the Sydney Metro City & Southwest project with the existing Metro North West Line to Tallawong.

First, the team had to cut the rails and excavate new paths between the Metro North West Line and the tunnels at Chatswood.

After preparing the ground and laying 200 tonnes of ballast, the crew installed 170 sleepers and clipped on 12 tonnes of steel rails to build the track.

Working around the clock, the construction team completed the mammoth weekend job in time for the start of normal Sydney Trains and Metro North West services at dawn on Monday.

The connection between the Metro North West Line and the new Sydney Metro City & Southwest project will extend Sydney Metro from Chatswood, under Sydney Harbour and the CBD, and beyond to Bankstown.