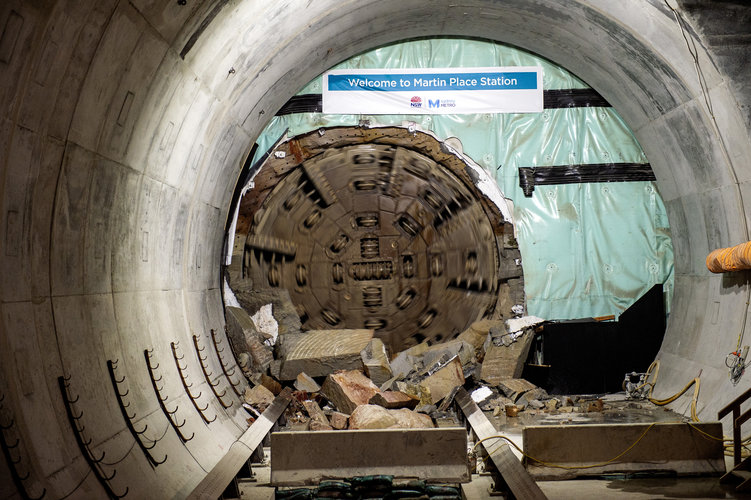 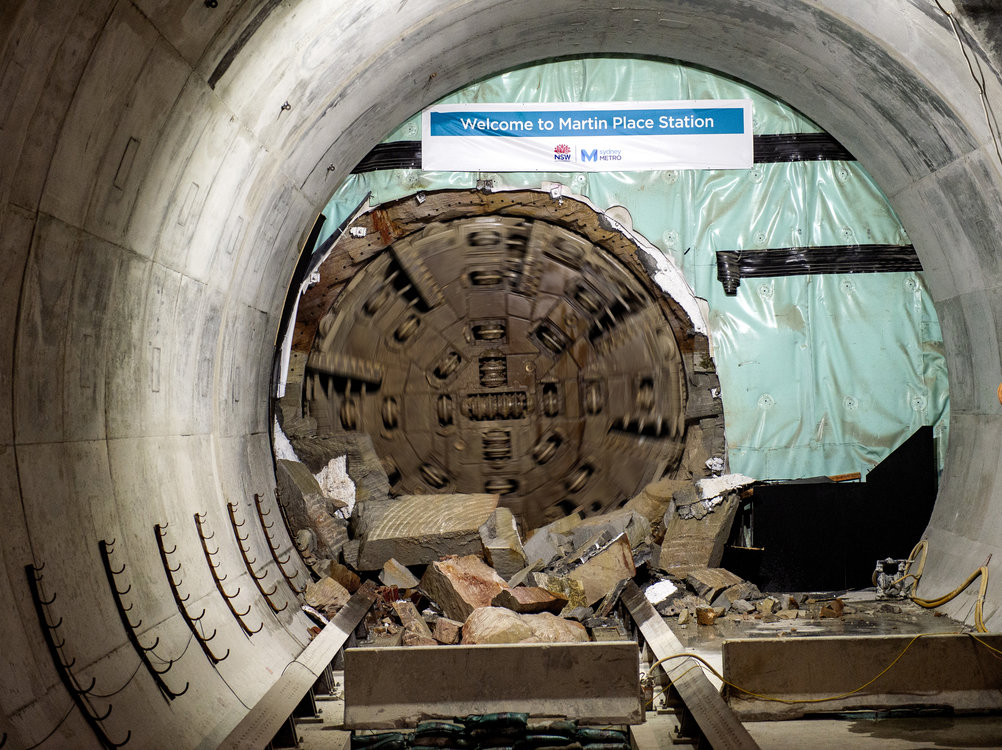 Sydney’s new twin metro railway tunnels are now 70 per cent complete as tunnelling reaches the heart of the city deep under Martin Place.

After just 11 months of tunnelling, 22 kilometres of the Sydney Metro tunnels are now finished.

Since launching in October 2018, TBM Nancy has tunnelled 6.8 kilometres via the new metro stations at Waterloo, Central and Pitt Street.

TBM Nancy will spend a few weeks undergoing maintenance before being re-launched to complete the last 1.3 kilometre section between Martin Place and Barangaroo.

It has taken about 21 months to build the caverns for the new Martin Place Station ahead of TBM Nancy’s arrival, removing about 198,000 tonnes of rock – enough to fill about 30 Olympic swimming pools.

Construction of Metro West to start next year