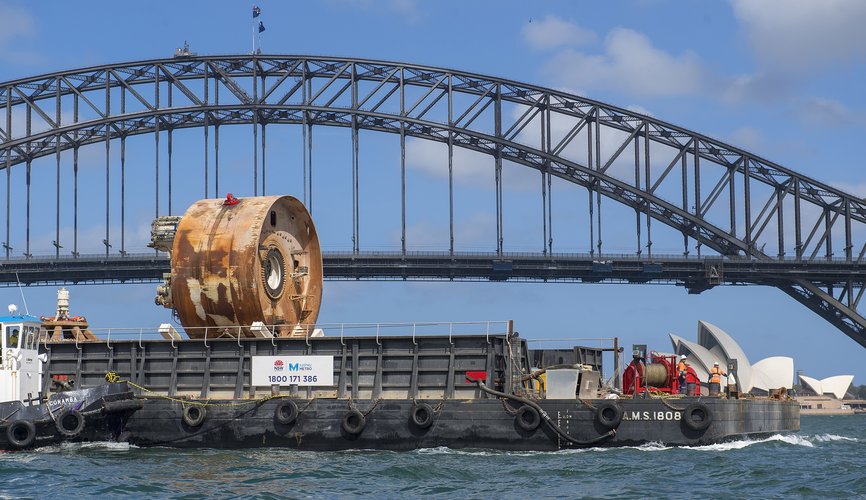 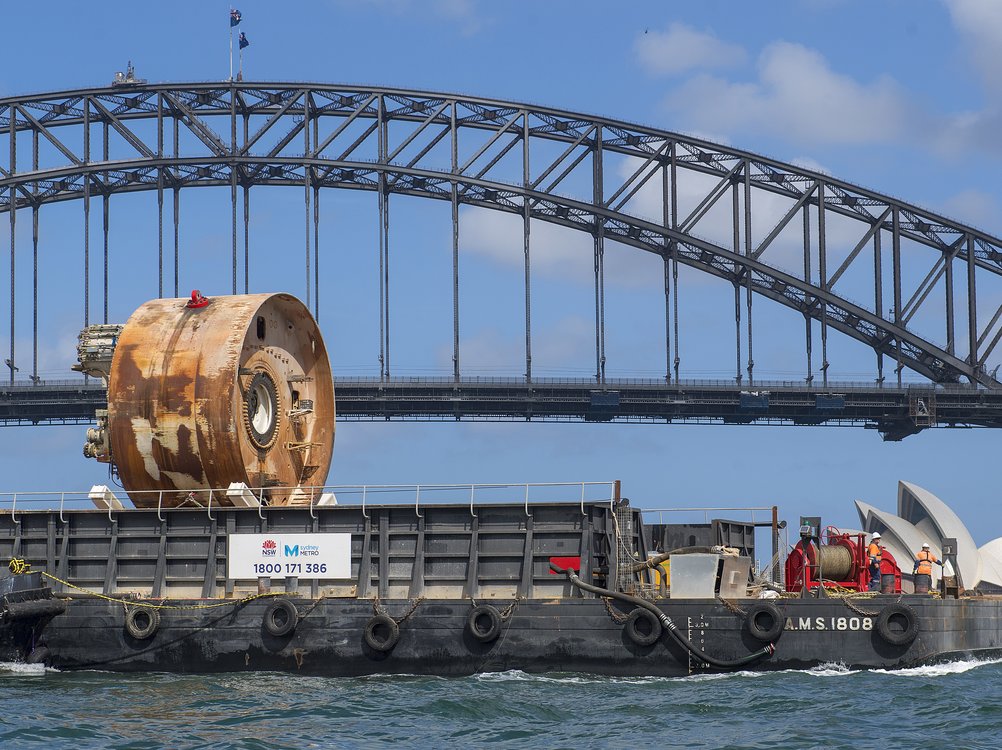 The first of two metro railway tunnels deep under Sydney Harbour has been completed in an historic milestone for public transport in Sydney.

At their deepest point, the tunnels are 40 metres beneath sea level.

The specialised under-harbour tunnelling machine launched in June from the new Barangaroo Station site and took almost four months to tunnel nearly one kilometre to the northern side of the harbour at Blues Point.

The machine was pulled apart and its giant 90-tonne cutter head and front sections were barged back across Sydney Harbour, where it is being reassembled to start digging the second tunnel.

The 975 tonne machine removed 87,400 tonnes of sandstone, clay and marine sediments to dig the first tunnel.

The specialised TBM is named after Kathleen Butler, who played a vital role in the construction of the Sydney Harbour Bridge, as the technical advisor to legendary engineer John Bradfield.

As well, TBM Wendy has reached the harbour’s edge at Blues Point, making her the first of the five mega borers to officially finish tunnelling on the Sydney Metro City & Southwest project.

TBM Wendy has broken through into the Blues Point site, completing a 6.2 kilometre tunnel via new stations at Crows Nest and Victoria Cross.

TBM Wendy excavated about 563,000 tonnes of sandstone and shale – enough to fill about 87 Olympic swimming pools.

Kathleen and Wendy are two of five mega borers which have worked simultaneously to deliver the twin 15.5 kilometre rail tunnels between Chatswood and Sydenham, extending Metro rail from the north west, under the CBD, and beyond to Bankstown.

In 2024, Sydney will have 31 metro stations and a 66km standalone metro railway.