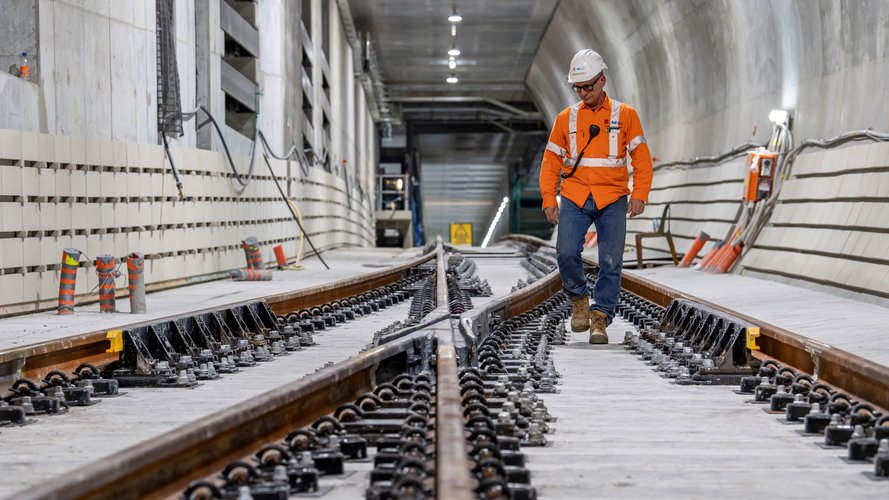 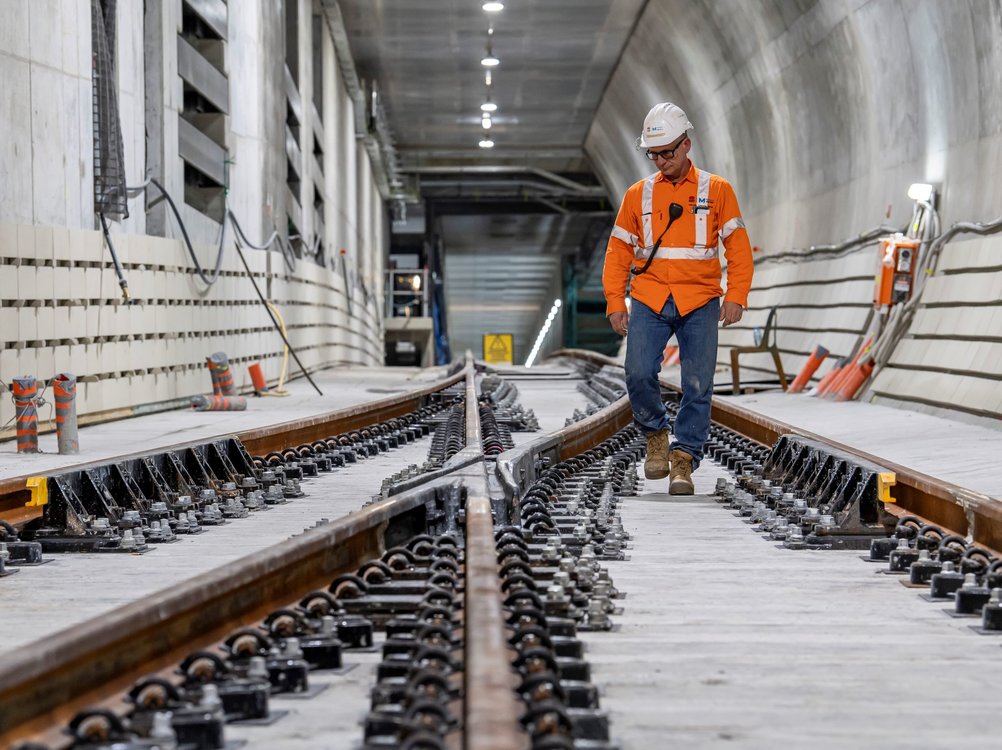 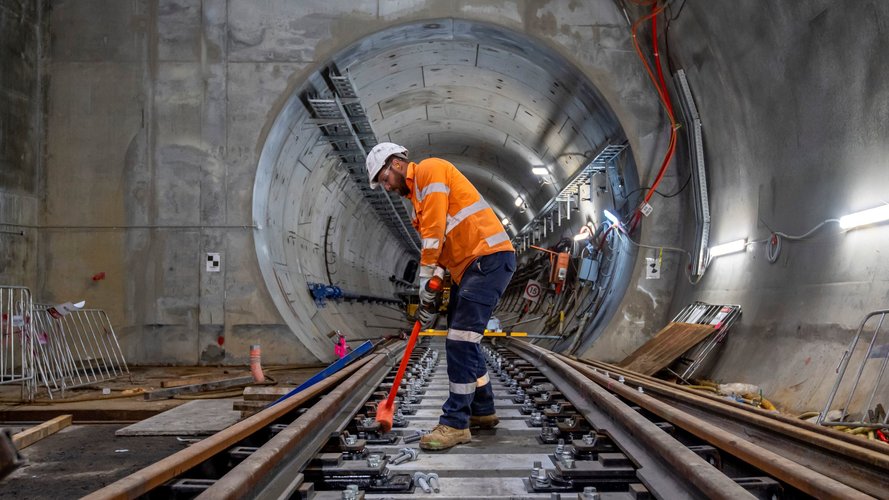 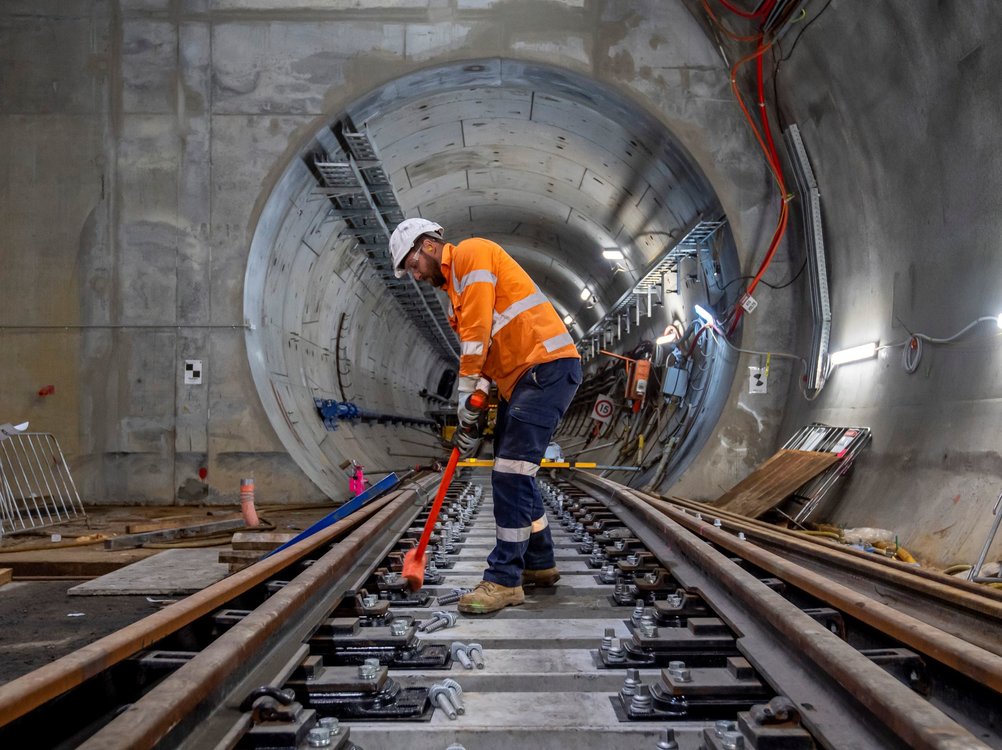 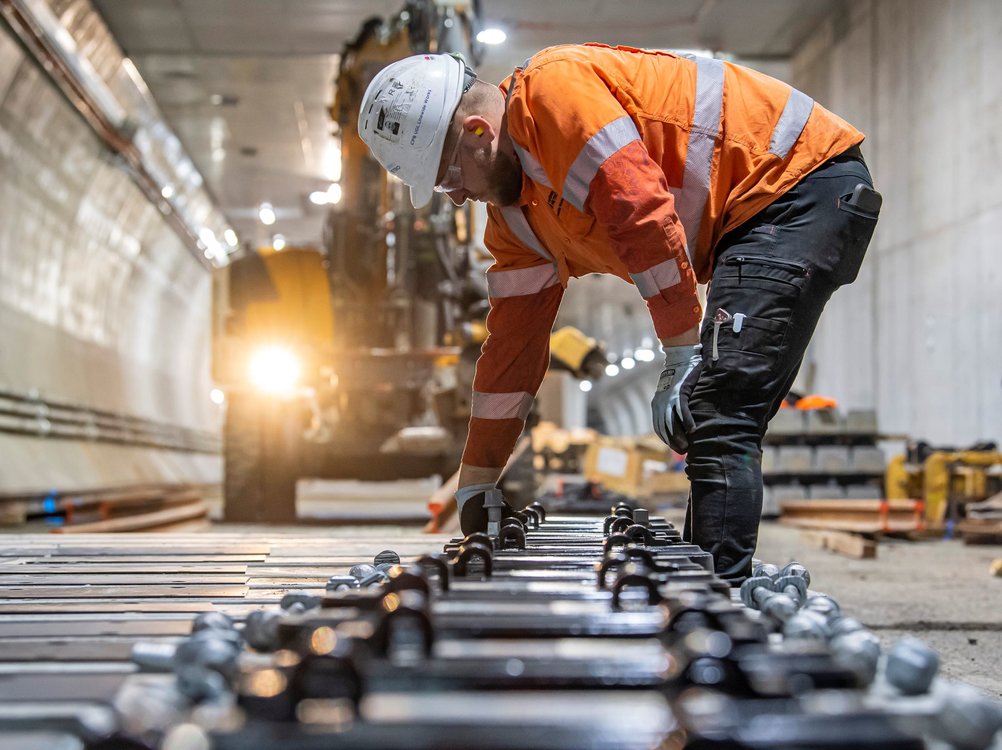 The final piece of track has been laid in the 15.5km twin tunnels between Chatswood and Sydenham, a significant milestone in delivering Australia’s biggest public transport project.

Completing trackwork on the Sydney Metro City & Southwest lines brings customers closer to historic metro services running below Sydney Harbour and under the Sydney CBD for the first time.

Construction of the tracks took 18 months and more than 500 workers to complete.

More than 40,000 cubic metres of concrete - enough to fill more than 16 Olympic swimming pools – was used to embed about 45,000 sleepers which supported 62 kilometres of Australian steel rails with a combined weight of about 4,000 tonnes.

Connection of the new Sydney Metro City & Southwest Line with the existing Metro North West Line will occur later this year, ready for train testing to start along the new alignment in 2023 ahead of passenger services starting in 2024.

Behind the scenes: Sydney Metro operations