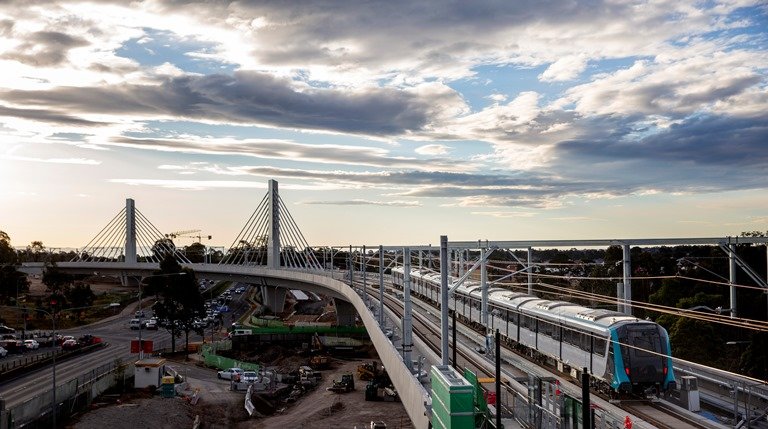 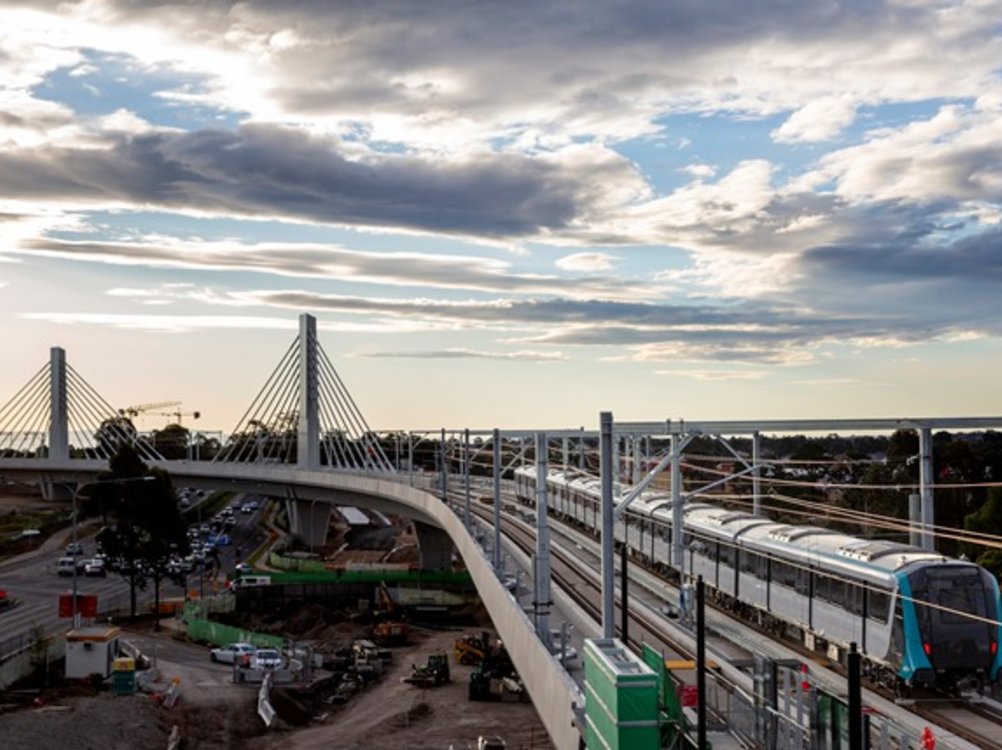 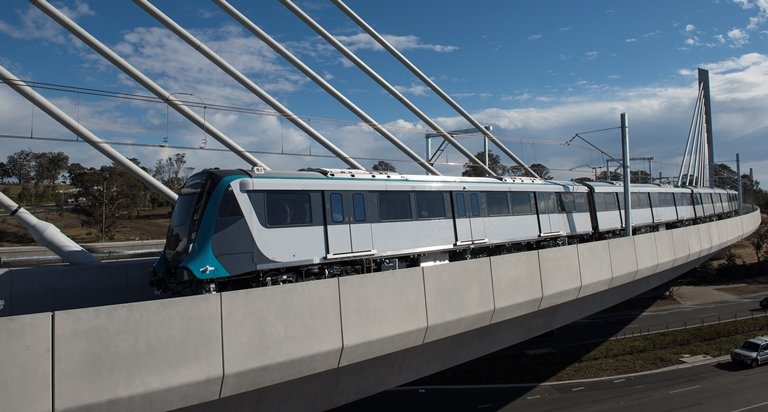 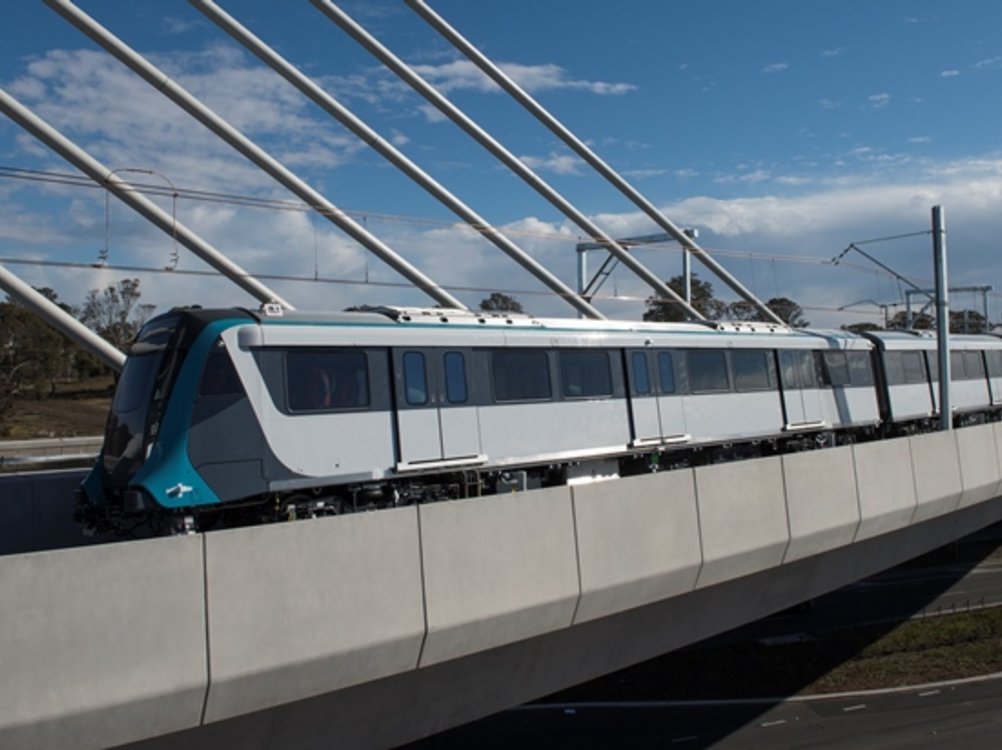 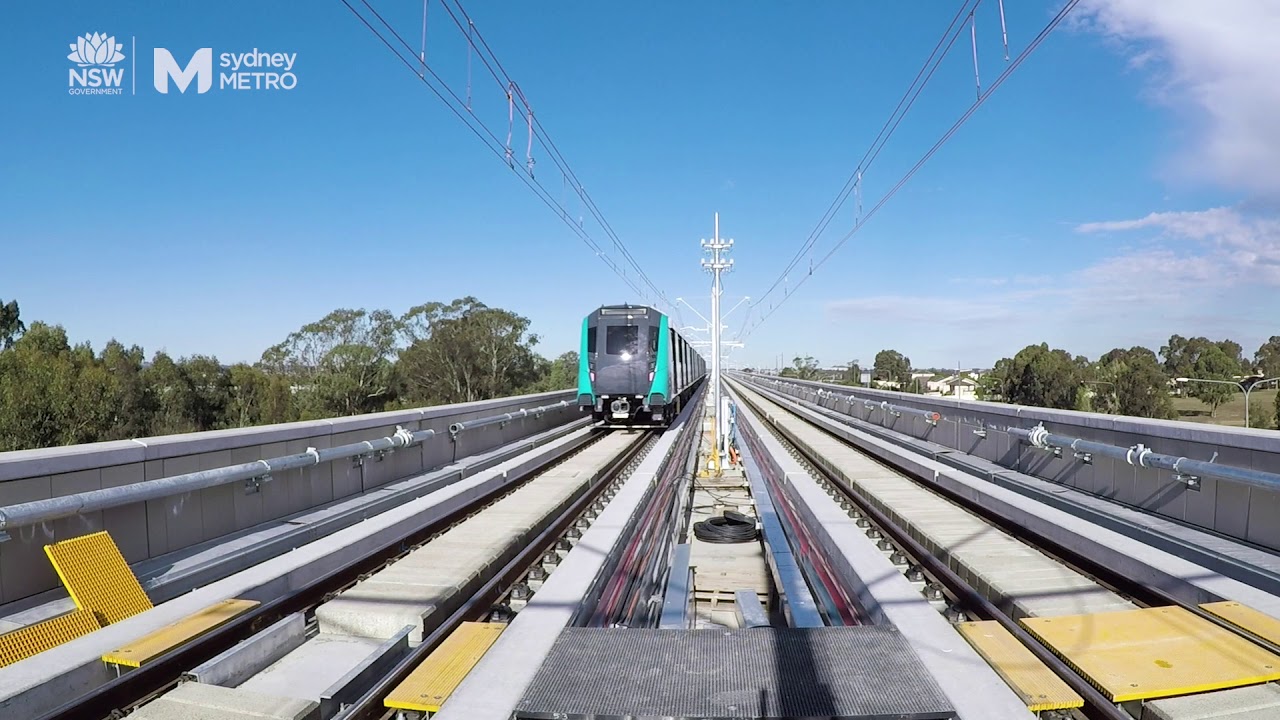 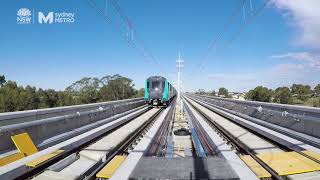 Testing over Windsor Road and on to the skytrain towards the new Kellyville Station signals an expansion of the metro train testing program beyond Sydney Metro HQ at Rouse Hill.

Trains will initially be tested at 60km/h on the skytrain before they are tested at up to 100km/h.

Train testing will then progress into the new twin 15km railway tunnels between Bella Vista and Epping.

The bridge was a design solution following community feedback, which means any future upgrade of the Windsor Road and Schofields Road intersection will not be impacted by the new metro railway.