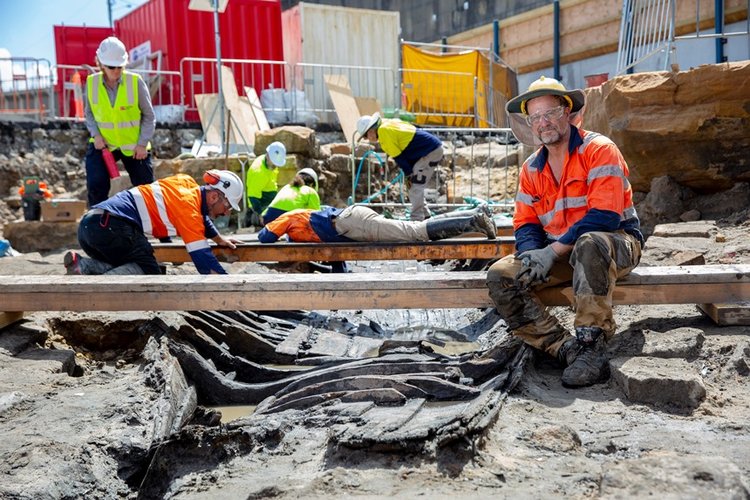 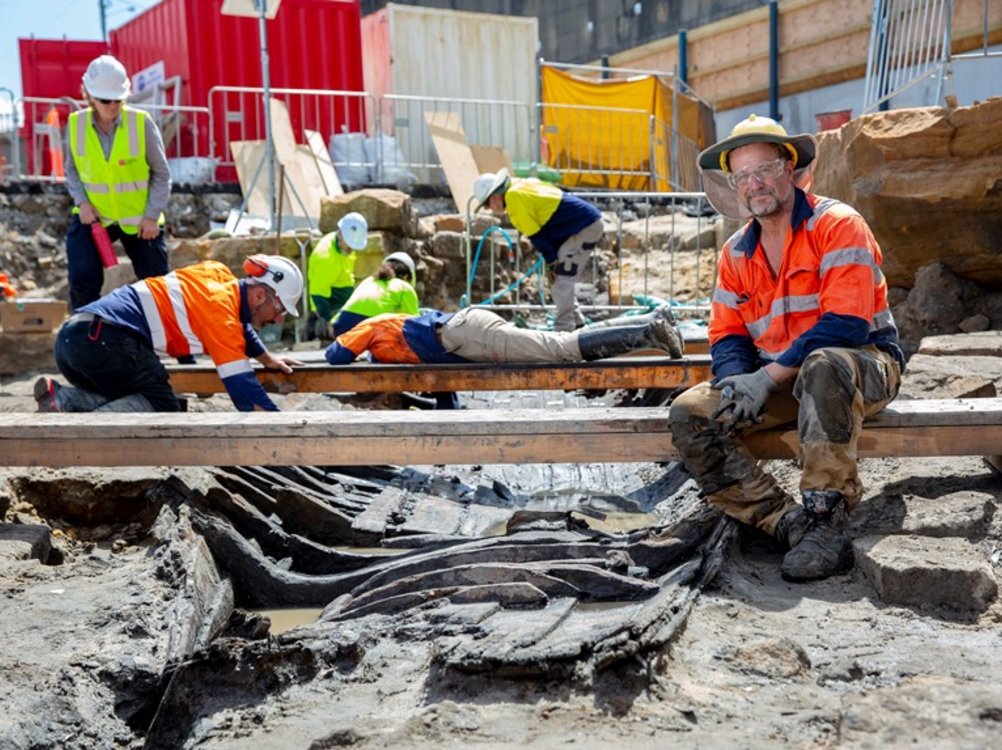 A 180-year-old timber boat has been uncovered during excavation works for a new Sydney Metro station – the oldest boat of its kind ever found in NSW, in a State-significant heritage discovery.

The boat is believed to have been built in the 1830s and is the oldest known example in NSW of an Australian-built small European-style timber boat that once moved around the Sydney colony.

Heritage experts are working to determine the origins of the boat and record details as part of archaeological works at Barangaroo Station.

“There’s still a lot to learn about the vessel and details are being recorded so we can study it further,” maritime archaeologist Cosmos Coroneos said.

The wreck of the wooden boat is nine metres long, three metres wide and at least one metre deep.

Wood samples have revealed it is made from Sydney Blue Gum, Stringybark and Spotted Gum, which would have been sourced in the Sydney basin.

It was built using the clinker technique, where the planks that make up the hull overlap and are held together with small iron fastenings and possibly tree nails.

The boat was found on a small area of beach which formed between the Cuthbert’s shipyard (1850s) and remnants of Langford’s privately built wharf. The beach was used to store old boats to recycle or reuse them.

An 1850s seawall made of stone blocks was also found nearby, and it’s likely the boat was buried in the sand some time before the seawall was built.

“Small boats like this would have been like the ute of the day, ferrying goods to different locations around Sydney Harbour and even up and down the coast to other settlements,” Mr Coroneos said.

“From what we can tell it was over-engineered, but its finish was rough. This small vessel was designed to take on the big seas but not expected to have a long working life.”

Conservation specialists, engineers, maritime archaeologists and the NSW Office of Environment and Heritage have been working together to plan the best way to try to retrieve the boat in one piece.

“It will be a delicate operation as the boat is fragile due to the length of time it has been buried,” Mr Coroneos said.