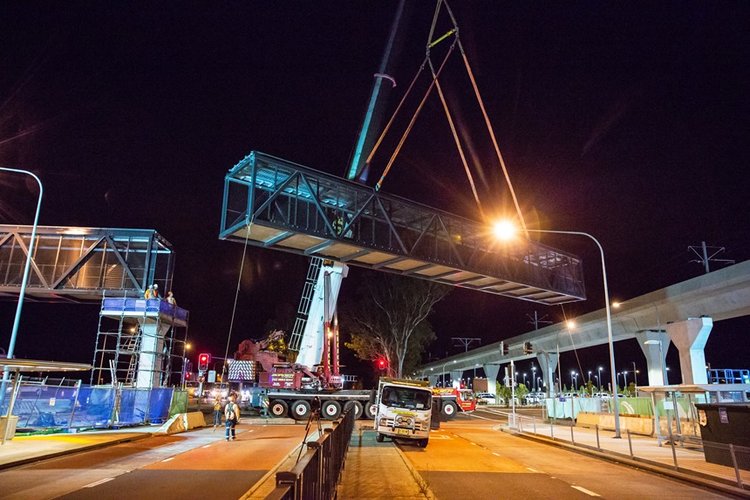 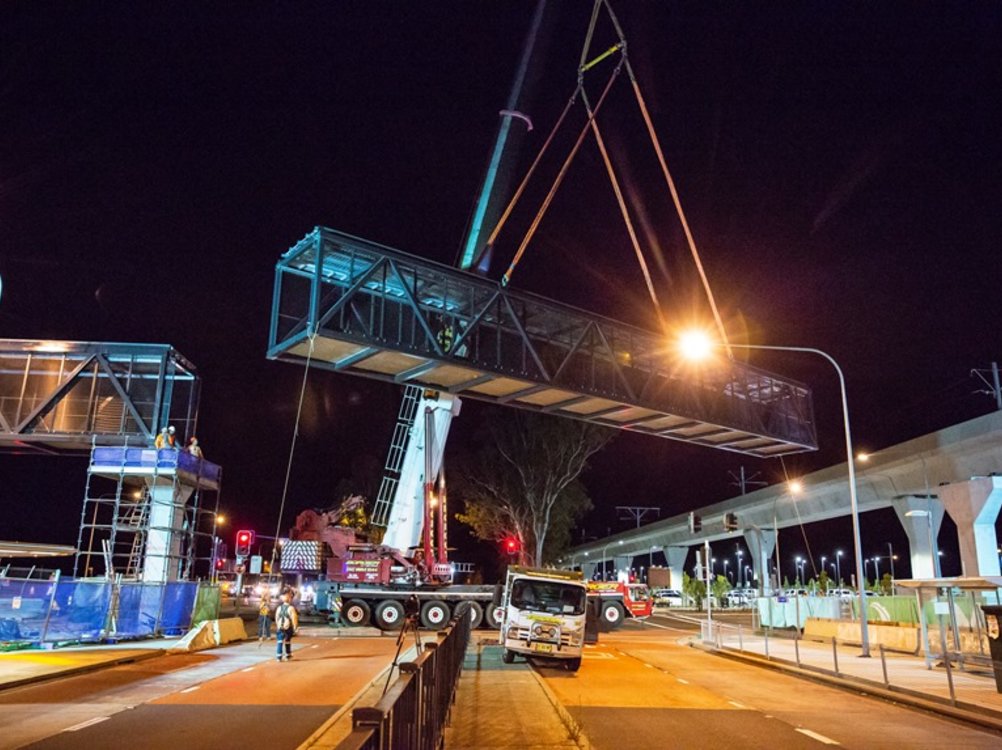 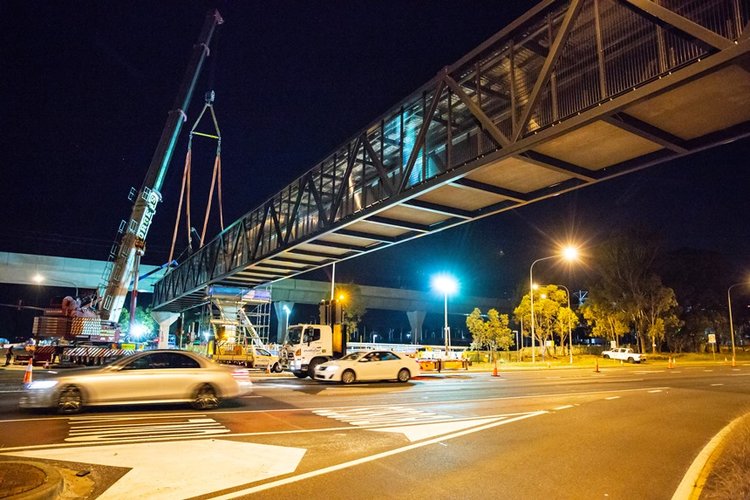 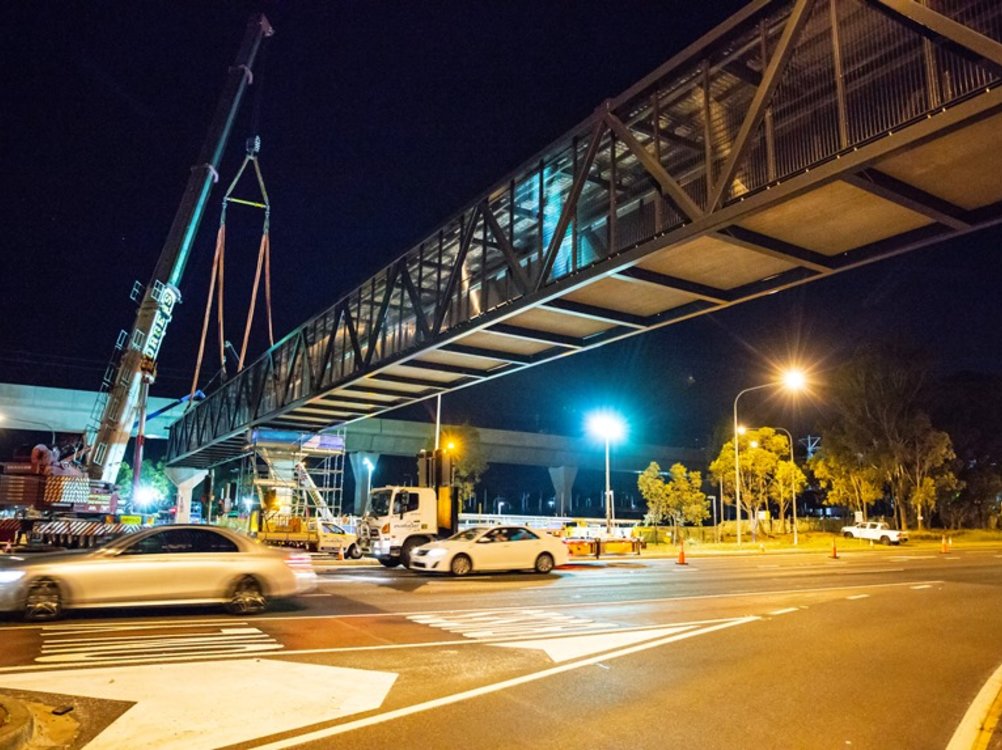 The biggest pedestrian bridge on the $8.3 billion Sydney Metro Northwest project has been lifted into place in a precision night-time operation over a major Sydney road.

The 80m long bridge had to be lifted in two pieces over Old Windsor Road at Kellyville.

This new pedestrian bridge will make it easier for customers to get to the new Kellyville Station, one of 13 Sydney Metro stations opening next year.

In a military-style operation, a 500 tonne crane was used to lift into place the two bridge spans, weighing a combined 157 tonnes.

The bridge stands 6 metres above the road and will help get customers safely over Old Windsor Road, providing access to the new station as well as the Riley T-way bus stop.

The bridge opens next year at the same time as the new Kellyville Station, which will also include 1,360 commuter car parking spaces, four bus bays and parking and storage for 55 bicycles.